Monday, August 10
You are at:Home»News»Sabah»See: Make public the powers to be devolved now 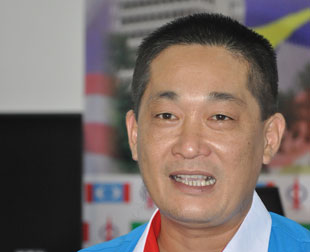 KUCHING: Sarawak, Sabah and the federal government must immediately make public the powers to be devolved to the two East Malaysian states, including details and scope of the autonomous power.

He said while agreeing with Minister in Prime Minister’s Department Nancy Shukri that the procedures and processes of the devolution of power must be constitutionally correct, he believed both federal and state administrations must not ignore another significant aspect of it — legitimacy of the devolution.

“As a minister in the federal cabinet, Nancy Shukri should immediately take the necessary step to cause Parliament to be notified and to approve the legal and enabling provisions to devolve powers to Sarawak and Sabah, in accordance with the recommendations of the Cobbold Commission and Inter-Governmental Committee (IGC) and the safeguards pursuant to the Malaysia Agreement,” he said in a statement yesterday.

See said the weaknesses and lessons from the workings of the Cobbold Commission and the IGC should be learned and improved upon during the process of devolution of power and returning autonomous power to Sarawak and Sabah.

“It is wrong and even mischievous for the present process of devolution of federal power and returning autonomous power to Sarawak and Sabah to be shrouded in secrecy. This is not 1962. We are not mere subjects of colonial powers. All Sarawakians and Sabahans are able to and must be given the right to decide on the matters that involve them and the states’ future generations.”

See said the people had come to a crucial historical watershed — a time for the rebirth of Sarawak; and Sarawakians are capable of contributing towards this rebirth and the future wellbeing of the state.

“Though we have faith in the Sarawak state government to carry out the mandate as stipulated in the motion that was unanimously passed by the Sarawak State Legislative Assembly on Dec 8, 2015, to ensure the complete implementation of all the recommendations in the IGC Report for the advancement and safeguard the special interests of the state and the people of Sarawak, I am very sceptical with the commitment of Putrajaya.”

He recalled elected representatives were told during the recent State Legislative Assembly sitting that the federal government did not deliver what Prime Minister Datuk Seri Najib Tun Razak had promised to Sarawakians during the May 7 state election.

For instance, Chief Minister Datuk Patinggi Tan Sri Adenan Satem, during his concluding speech, revealed that the cost for the construction of the Pan Borneo Highway would be at the expense of the state’s other infrastructural development.

“The federal government has not given us anything over and above its annual and usual obligations,” said See.

He added that with the general election nearing, Sarawakians had to be careful with federal government’s pledges and promises.

“The promise of administrative empowerment as revealed by Nancy Shukri must, therefore, be taken with a pinch of salt. Further, the returning of our state autonomous rights and powers are much more than the decentralisation or delegation of administrative power.”

See said the Najib administration must show its political will on this matter.

“For starters, and to ensure its legitimacy, we must insist the process and details for the devolution of power and returning of autonomous power to Sarawak and Sabah be opened to all Sarawakians and Sabahans . . . that there will be full and frank consultations and participation and that a time-line for its realisation be set before the next general election.”