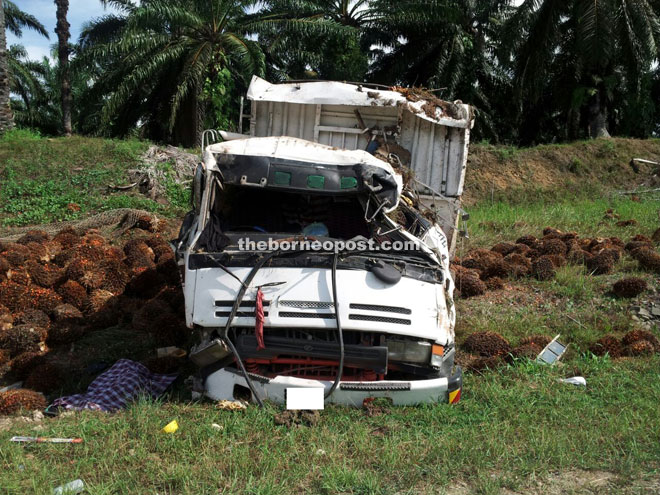 The badly damaged lorry after the accident.

SANDAKAN: A 52-year-old lorry driver died while his passenger sustained serious injury after their lorry was involved in an accident at Sukau Road on Thursday.

Police chief ACP Zabidi Md Zain said the deceased identified as Syahril Bin Bacok and another passenger were travelling from Sukau to Lahad Datu in the 2.30pm incident.

Upon reaching the location, the lorry driver had attempted to overtake another vehicle but skidded while trying to re-enter his lane and overturned several times before coming to a halt on the left side of the road.

Members of the public who witnessed the incident are urged to come forward to the nearest police station or call Investigation Officer, Inspector Nurwati Ismali at 089-242 254 to facilitate in the case.