Saturday, December 3
You are at:Home»News»Sarawak»Catch the ‘Godfather of Biodiversity’ at Swinburne 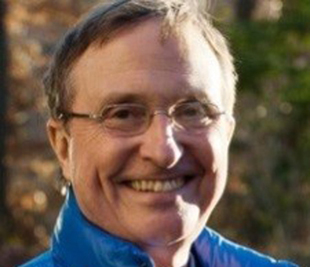 KUCHING: The ‘Godfather of Biodiversity’ Dr Thomas E Lovejoy will give a public talk entitled ‘A Wild Solution for Climate Change’ on July 20 at Swinburne University of Technology Sarawak, Jalan Uplands at 7.30pm.

Known for coining the term ‘biological diversity’ (biodiversity) in 1980, he will describe current impacts on physical and biological nature, and projected impacts including ecosystem failure unless emissions are curbed rapidly and dramatically.

He will also highlight how restoration of ecosystems such as forests, grasslands, agro-ecosystems and coastal wetlands contribute to a healthier environment by sequestering some of the current carbon dioxide in the atmosphere.

An innovative and accomplished conservation biologist, Lovejoy brought international attention to the world’s tropical rainforests, and in particular the Brazilian Amazon, where he has worked since 1965.

He served as Heinz Centre president from 2002 to 2008 and held the biodiversity chair until the centre closed at end of 2013.

Lovejoy was also World Bank chief biodiversity advisor and lead specialist for environment for Latin America and the Caribbean.

He has served on science and environmental councils under the Reagan, Bush and Clinton administrations.

He has received numerous accolades, including the BBVA (Banco Bilbao Vizcaya Argentaria) Foundation Frontiers of Knowledge Award in Ecology and Conservation Biology Category in 2009, and the Blue Planet Prize in 2012.

The free talk held by the US Embassy and Sarawak Biodiversity Centre (SBC), is supported by Swinburne University of Technology Sarawak and the Wildlife Conservation Society (WCS) Malaysia Programme.

Parking spaces will be available at Swinburne’s multi-storey car park and student volunteers will be stationed to guide attendees to the lecture hall.

Register for the talk with SBC by emailing names and contact numbers to biosar@sbc.org.my. Call Asha Kaushal or Ha-Mim Marzuki on 082-610610 for details.