Friday, September 17
You are at:Home»News»Sarawak»It’s double celebration for SCB next month 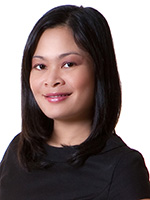 KUCHING: The Sarawak Convention Bureau (SCB) will celebrate both its 10th anniversary of Business Events (BE) and its 8th Anak Sarawak Award (ASA) in a double celebration in August this year.

It will be a significant double celebration spanning three days and two nights from Aug 5 in the city of Kuching.

General manager of marketing and sales for SCB Amelia Roziman, in a press statement yesterday, gave an insight into the revolution that SCB is trailblazing through its BE.

“First, winning the 55th International Congress and Convention Association (ICCA) Congress, the world’s most authoritative meeting in the BE sector. And concurrently, 10 years of BE in Sarawak.

“I must stress that these achievements were not garnered solely by SCB, they are the result of collaborative efforts from private sector partners plus dynamic colleagues in the government agencies of Sarawak,” she said when touching on why 2016 was an exceptional year for the Bureau and BE in Sarawak.

Like any other revolution that has carved its story in the pages of history, Amelia said SCB which set the wheels in motion for the BE revolution for Sarawak “is on a mission to spark the entire BE revolution of the world.”

She noted that collective effort within the last decade had spiraled to greater heights, but it was now ‘trailblazing’ – charting new growth in the profession through innovative ideas.

“As the very first convention bureau in Malaysia, Sarawak led the way for the nation in this field. We saw the potential of BE to wield the landscape of the state; its value transcending beyond tourism,” remarked Amelia.

From the humble beginnings of providing professional advisory services to meeting planners in 2006, SCB has pushed the envelope of the BE profession by positioning Sarawak as one of the leading 2nd tier destinations of the Asia Pacific.

Amelia, who has been with SCB since its inception, described what this 10-year anniversary meant to her: “For myself and other fellow pioneers – there is nothing more fulfilling than to witness the unfolding of a business profession, knowing that you have played a pivotal role in its genesis.”

“Since inception of the Bureau in 2006, we have won over 400 bids for international and national congresses, nine international awards plus one national award for branding and marketing, and positioned Sarawak as an up-and-coming BE destination in the global arena.

“This would not have been possible without the support of our board of directors and our chairman Dato Sri Dr Muhammad Leo Michael Toyad Abdullah, who is such a dynamic leader, and our current managing director Mike Cannon, who brought us to a wider range of future opportunities,” she added.

Notably, the Anak Sarawak Award is the first award in Malaysia that recognises the contribution of convention hosts and industry partners to the growth of the meetings profession in Sarawak.

Amelia, who is also the chairperson for the 8th Anak Sarawak Award, elaborated: “This year we have ICCA on board for quality assurance and to slingshot this event to the front line of global BE.”

The Anak Sarawak Award started out in 2007 as an appreciation initiative to local hosts who won the bids.

“We began to include other elements and hosting it biennially with greater and more structured categories, and prizes.

“In 2016, we aim to capitalise on marketing opportunities for our industry partners, and to assist them in gaining greater exposure through attending global BE with the prize money. We are so excited about this momentous opportunity,” enthused Amelia.

She went on: “It will be different from any other Anak Sarawak Award or such ceremony held before in Sarawak. From a mere one-night event, we are amplifying it to a three-day two-night event complete with a sharing and education forum to collectively brainstorm the advent of this new BE revolution with our partners.”

“Of course, the main purpose is a celebration. However, this celebration also serves as a platform for business opportunities between existing clients, new partners, local and international media, industry partners and leaders of this sector. There will be site inspections and education sessions linked to the networking events, all tied to Sarawak’s greatest tourism asset; the Rainforest World Music Festival. We want all the industry partners to join in and tickets are available for them too.”

Tickets are available at RM650 for five persons and RM300 for two persons.

For more information on BESarawak and details on its partnership programme, visit Sarawak BE’s dedicated website: http://besarawak.com/home/ or contact Jemima Joseph via email at [email protected] or call 082-242516.