Thursday, August 18
You are at:Home»News»Sarawak»We can ‘sweat it out’ twice weekly – State Cuepacs chief 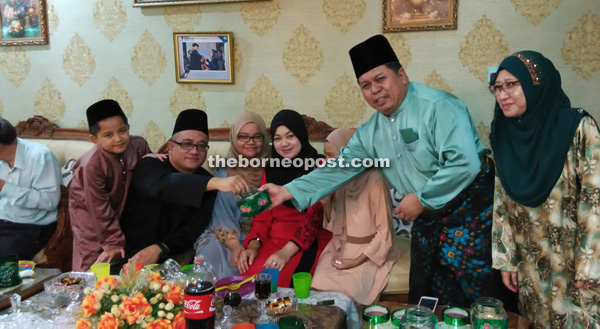 Cuepacs state chairman Ahmad Malie said that however, it should be split into two sessions as he feels twice a week is more effective than a once a week and should be implemented in stages.

“If it is done two hours straight, it may not be effective. Perhaps it should be done at the end of the working day, an hour before closing time, twice a week,” he said at his Hari Raya open house yesterday.

He said that Cuepacs Sarawak supports it as the workout benefits not only the civil servants but also its clients.

Healthy staff will provide best service to customers, if they are unwell, the service rendered will be affected, he said.

He was commenting on a suggestion by the national president, and Ahmad hopes that it will be approved and implemented soon.

“It will not cost us. Instead, it will benefit the government at the end of the day. Civil servants who are healthy and active delivering best service to customers.”

His open house was visited by people from all walks of life who know him, including those from other races. Guests were greeted by him and his wife Fatimah Lee, giving warm hospitality all around.