Tuesday, May 24
You are at:Home»News»Court»Shooting: Minister’s brother to know fate on August 9 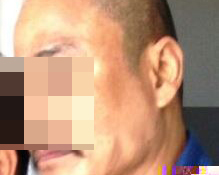 Mat Malaya faces up to 10 years in jail for allegedly shooting a mechanic.

KOTA KINABALU: The brother of a minister, dubbed “Mat Malaya” will know his fate on August 9 this year, when the Sessions Court here delivers its verdict on a charge of shooting a mechanic.

Judge Azreena Aziz fixed the date for Mohd Jusnaidi Omar, 45, after the defence closed its case yesterday with Jusnaidi opting to give his oral testimony under oath, as the sole defence witness.

On the charge under Section 324 of the Penal Code, Jusnaidi may be punished with a maximum of 10 years in jail or a fine or whipping, or any two of such punishments, if he is found guilty.

Previously, he was charged under Section 307 of the Code for attempted murder, which is punishable with imprisonment of up to 20 years, upon conviction.

However, he was discharged and acquitted of of the charge of trying to kill 36-year-old Alkarim Atun at an air-conditioning centre along Jalan Tuaran bypass here on May 6, 2015, after the court ruled that the prosecution had failed to establish a prima facie case against him.

Jusnaidi, who was represented by counsel Ronny Cham, was then ordered to enter his defence on the alternative charge under Section 324 for causing voluntary hurt in June this year, after the prosecution closed its case with 17 witnesses.

Mat Malaya is the brother of Selangor Umno chief Datuk Seri Noh Omar who is also the Minister of Urban Wellbeing and Local Government and Tanjong Karang member of parliament.