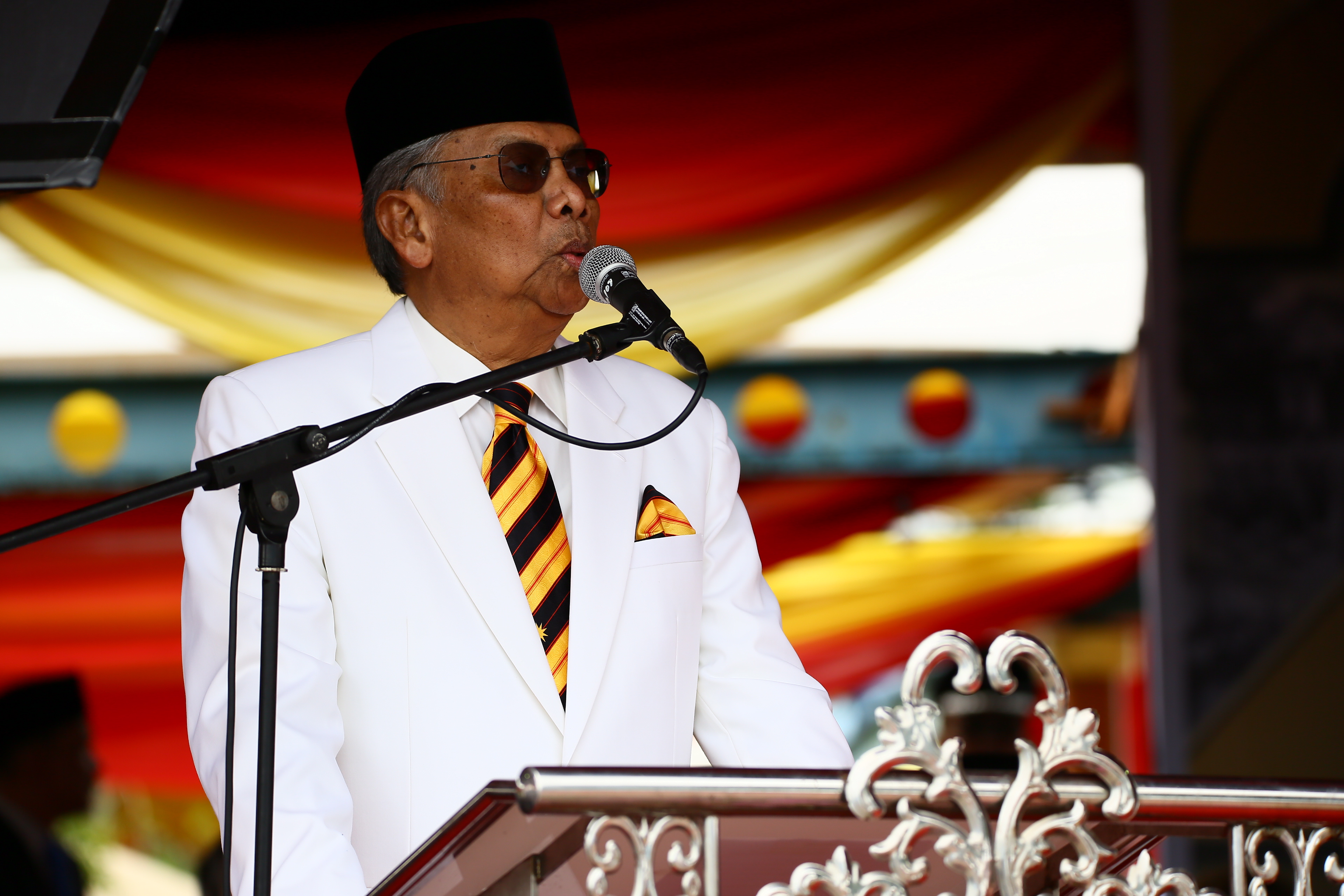 KUCHING: It is the duty of Sarawak to remind officials from Kuala Lumpur of the pertinence of the Malaysia Agreement 1963.

Chief Minister Datuk Patinggi Tan Sri Adenan Satem, who pointed this out during Sarawak Day 2016 celebration today (July 22), conceded that “there has been constant erosion of power given to us over the last 50 over years.”

He said Sarawak was in the process of claiming its rights and there had been a response from the federal government – a committee had been formed to work out the details.

“Those officials in Kuala Lumpur were not even born in 1963. They are ignorant. It is therefore our duty to remind them of the agreement.

“I dare say that Sabah will follow through but we must fight for our own. The first step is to declare Sarawak Day to show that we are thankful to those who fought for our independence,” he said at the celebration graced by Head of State Tun Pehin Sri Abdul Taib Mahmud at Kuching Waterfront.

One of the performers during the Sarawak Day celebrations waves both the flag of Sarawak and the Jalur Gemilang.

The celebration marked the first of its kind following Adenan’s announcement early this year to make July 22 Sarawak’s public holiday.

Adenan stressed that Sarawak chose to be part of Malaysia back in 1963.

“It is our choice to be independent partners. That is why we have the agreement.”

He was pleased to note that the opposition leaders were among those present at the celebration.

“We are all together, the government and the opposition, fighting for our rights, for Sarawakians. Thank you for coming.

“There is another group who celebrated Sarawak Day in another place, he said, adding that he would not support the group’s agenda which is calling for cessation.

“If you advocate cessation our answer is no. Our position is no cessation – Malaysia before, Malaysia now and Malaysia forever in the future,” he said.