Sunday, November 1
You are at:Home»News»Sarawak»‘Promote BCF to attract foreign tourists’ 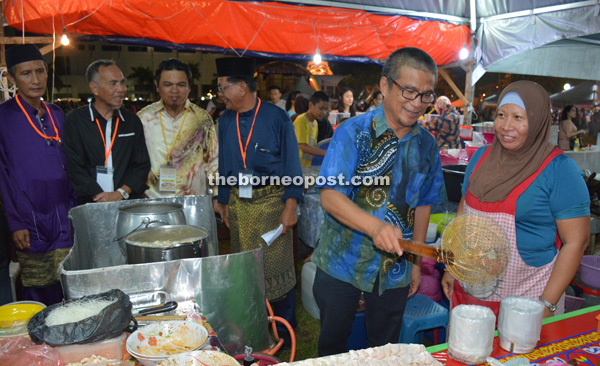 Dr Annuar (second from right) trying his skills in cooking at a stall in Sibu Town Square Phase 1.

In giving this suggestion, Annuar reasoned that BCF had come of age; hence, should no longer be confined to just locals. He noted there were several factors to look into for the festival to move in that direction.

The three that he highlighted were the need for good publicity to introduce the event to foreign tourists, the performances that needed to be of high standard to entice visitors from outside Sibu, and air connectivity.

“There are not many foreigners who know about BCF. The festival is into its 13th year, and has come to a very mature stage.

“So, I think it is high time for BCF to open up in a big way so as to attract more foreigners to come. The RWMF has attracted a lot of foreign tourists, and I am sure BCF will also be able to do so,” the Nangka assemblyman told reporters after officiating at the opening of Malay/Melanau pavilion here on Friday night.

Meanwhile, earlier in his speech, he spoke of the good cooperation between Malay and Melanau communities.

He noted that the strong bonds between the two communities in Sibu dated back to more than 100 years, adding that the settlements of the Malay/Melanau communities were closely related. 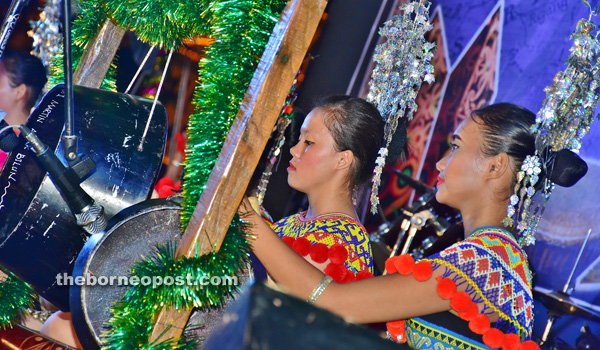 The ‘Betaboh’ group captivates the huge crowd with its presentation.