Friday, July 10
You are at:Home»World»Pope tells kids to get off their backsides 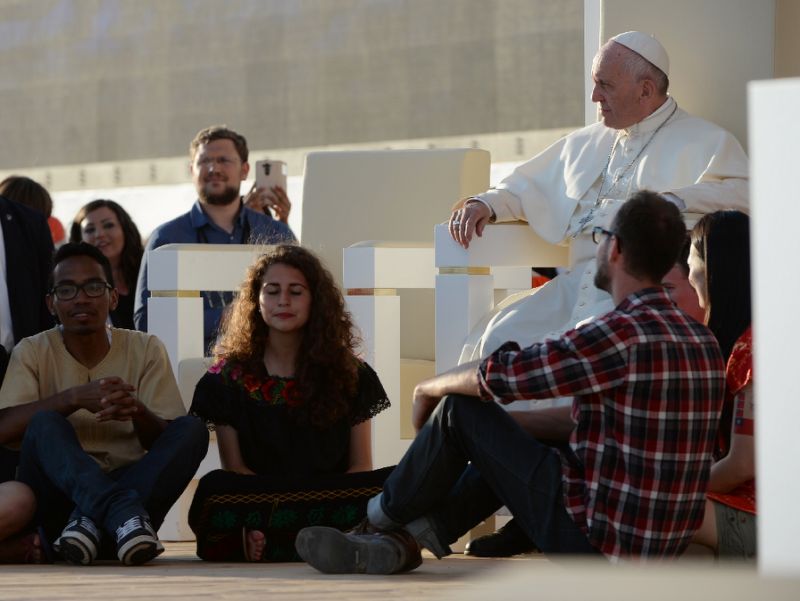 Pope Francis warned on July 30, 2016 that sitting on a sofa gives illusion of safety from pain, fear or worries, allowing the sitter to kick back and lose themselves for hours in the latest television show or their smartphones. Photo by AFP

BRZEGI: Pope Francis urged “drowsy and dull kids” to swap their sofas and video games for walking boots on Saturday at an international Catholic youth festival in Poland.

He warned the popular piece of sitting-room furniture gave the illusion of safety from pain, fear or worries, allowing the sitter to kick back and lose themselves for hours in the latest television show or their smartphones.

“For many people it is easier and better to have drowsy and dull kids who confuse happiness with a sofa,” he told an estimated one million people gathered at a vigil in a vast plain near Krakow.

“Dear young people, we didn’t come into the world to ‘vegetate’… We came for another reason: to leave a mark,” he said.

“The times we live in do not call for young ‘couch potatoes’ but for young people with shoes, or better, boots laced.”

Francis, 79, said being constantly glued to screens — where the terrible events of the world become just another story on the evening news — numbed youngsters to the suffering of others.

He prayed for war-torn Syria, quoting a pilgrim from the city of Aleppo who had testified before the pope and crowds of the fight between life and death in her “forgotten city”.

“Our response to a world at war has a name: fraternity,” he said.

The pontiff had said on his arrival in Poland Wednesday that the world was at war. His visit came a day after the jihadist murder of a priest in France and in the wake of a series of attacks in Europe. – AFP