Wednesday, October 20
You are at:Home»Sports»Watersports»Pandelela hopes to dazzle in Rio Olympics 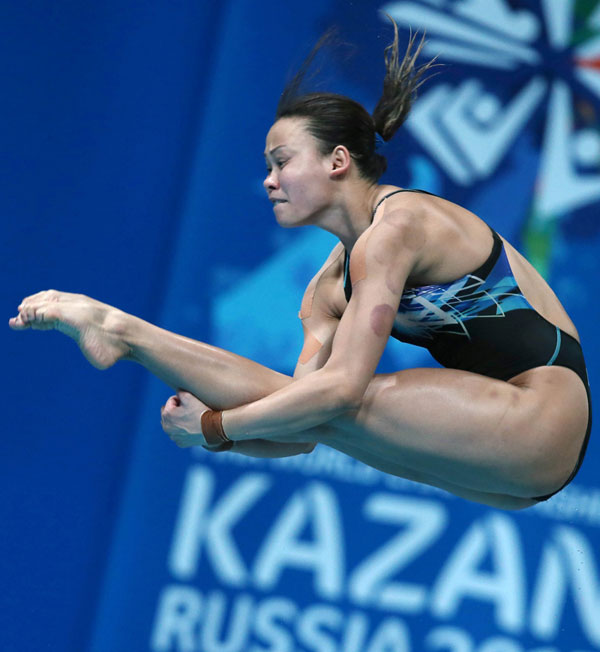 KUALA LUMPUR: Her maiden Olympics medal in London four years ago has motivated Pandelela Rinong to want to perform even better at the Olympic Games in Rio de Janeiro which kicks off on Aug 5.

Pandelela, 23, clinched the bronze medal in the women’s 10m platform diving event at the London Olympics in 2012.

The native of Sarawak who will take part in the world’s premier sporting event for the third time, will compete in two events, namely the women’s 10m platform; and women’s synchronised 10m platform event with partner Cheong Jun Hoong.

According to Pandelela, although she got a medal for the country in the Olympic Games four years ago, she would be starting from zero again this time.

“So I will do my best, hopefully my dives at the Games can get some good points, and I can bring home a medal for the country,” she told Bernama.

Pandelela, who also won the bronze medal at the 10m platform individual event at the FINA Diving World Series Championships in Windsor, Canada, said a two-month training programme in China had helped her.

“A lot of new things were learned, and I will try to use it in the competition,” she said.

Pandelela has received the National Sportswoman award three times (2011,2013 and 2015) and it has inspired her to continue making the country proud at the international stage.

She was also was named as the best athlete by the Sportswriters Association of Malaysia three times, in 2010,2012 and 2015.

Asked about her main challenge at the Rio Olympics, Pandelela admitted the divers from China, North Korea, Great Britain, Canada and Australia would provide stiff competition.

Winning a medal at the London Olympics has not put any pressure on Pandelela.

“I always think of every competition as my first,” she said casually.

Pandelela, however, said that the opportunity was better and brighter in the synchronised 10m platform event.

“That’s because the competition is smaller than in the individual event, and I believe my partner (Cheong) will give her best performance over there,” she added. — Bernama