Sunday, October 17
You are at:Home»News»Sarawak»Worry over hiring trend in Petronas 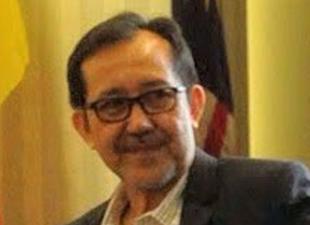 KUCHING: The abolishment of 29 permanent positions resulting in the retrenchment of 13 experienced staff from Sarawak by Petronas in its upstream restructuring exercise in Sarawak has raised the concern of Suarah Petroleum Group (SPG).

Speaking through a press statement yesterday SPG president Hamin Yusuf said the exercise reflected a ‘quick fix’ mentality behind the management of Petronas which would hamper the development of local skilled workforce and the local job market.

Hamin was responding to the revelation of the restructuring exercise in the last State Legislative Assembly sitting by Industrial, Entrepreneur, Trade and Investment Minister Datuk Amar Awang Tengah Ali Hasan.

Awang Tengah was quoted to have said that he hoped Petronas would seriously consider Sarawakians in filling positions for these new operations.

The SPG president noted that the speed in handing the Separation Packages to the 13 Sarawakian staff without first considering re-skilling to fit them into new positions showed that Petronas was insincere in responding to the state government’s demand for more benefits for Sarawakians from the extraction of oil in the state.

“Petronas’ policy towards the state seems to reflect a lack of sensitivity and sense of reality to the local job market and employment of locals.

“As recently as two months ago, 85 positions in MLNG Bintulu were filled mostly by Peninsular Malaysians under the pretext of ‘redeployment’.

These positions are mostly entry level positions or junior managerial positions which can easily be filled by jobless local Sarawakian graduates who are experiencing difficulties in getting jobs under the current economic slowdown.” he said.

“The majority of senior jobs are also filled by non-Sarawakians and the influx of Peninsular Malaysians filling the lower jobs exacerbates the situation for the state,” SPG called on Petronas to take these concerns positively and seriously by strictly complying with the state’s work permit policy which gives priority to qualified Sarawakians.

“This cannot be done by outsourcing non-Sarawakian work permit applications to a third party as what it has now started to do.

SPG raises these concerns as part of its efforts to assist the state government to obtain economic parity with Peninsular Malaysia,” he said.