Monday, April 6
You are at:Home»News»Sarawak»Will Petronas strike back? 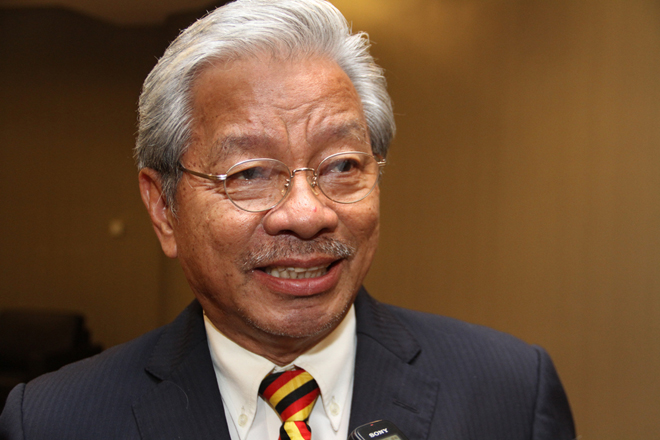 KUCHING: There have been concerns that Petronas might call back Sarawakians in the middle and top positions in Peninsular Malaysia and overseas, following the state government’s move to freeze all new applications for work permits for its personnel posted to the state.

However, Deputy Chief Minister Tan Sri Datuk Amar Dr James Masing opined that it would be ‘childish’ of Petronas to resort to such drastic action as the national oil company would stand to lose more if they did that.

“If Petronas calls back all Sarawakian middle and top level employees working in Kuala Lumpur (and overseas), that is ‘tit for tat’ and it is childish. Petronas will stand to lose more if they do it. Why? Because the oil and gas are in Sarawak waters!

“Besides, what Sarawak wants is what is ours as enshrined in Malaysia Agreement 1963 (MA63),” Masing told The Borneo Post yesterday.

Deputy Chief Minister Datuk Amar Douglas Uggah Embas told The Borneo Post on Sunday that the measure to freeze all new applications for work permits for the national oil company’s personnel intending to work in the state was to ensure that Petronas would be fair and transparent in engaging with Sarawak regarding its operations in the state.

Uggah said the state government’s decision was prompted by complaints from Sarawakian Petronas officers, whose services were terminated or who were retrenched.

Assistant Minister of Housing Datuk Abdul Karim Rahman Hamzah said the measure taken by the state government was definitely a good and welcome news to all Sarawakians, and showed that Chief Minister Datuk Patinggi Tan Sri Adenan Satem was truly serious about this matter.

Abdul Karim, who is also Assistant Youth and Sports Minister, reiterated that Sarawakians had been ‘insulted’ by Petronas for too long and wanted this to be stopped.

“I have said that we do not want Petronas to ‘insult’ us. They have insulted us for far too long on this employment of Sarawakians matter and we want them to change their policy. Lest, we will have to tighten it on our side,” the Asajaya assemblyman said.

Sarawak Dayak Graduates Association (SDGA) president Dr Dusit Jaul said the association strongly supported the state government’s latest move, adding that it was within the state’s purview in the MA63.

Suarah Petroleum Group (SPG) president Hamim Yusuf said the group was very pleased to note the fast and positive response from the state government on this matter.

“Pursuant to SPG’s statement highlighting the issues faced by local Sarawakians pertaining to Petronas’ restructuring exercise; we are very pleased to note the fast and positive response from the state government on this matter.

“We believe that the state in its wisdom will do its best to resolve this matter with Petronas to address the adverse sentiments at the ground level. This issue is one of immediate concern and is separate, though a reflection of the broader issues, which includes the fundamental economic aspect of how Petronas has been treating the development of local oil and gas industry and job market.” Meanwhile, sources revealed that Petronas officials were expected to have a meeting with Uggah today.