Wednesday, January 26
You are at:Home»News»Sarawak»Airport tax hike gets the thumbs-down from travellers 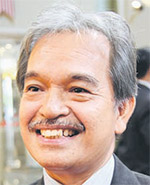 MIRI: Air travellers in the state are calling on the federal government to scrap the impending airport tax hike as they are already heavily burdened with expensive domestic travel.

Worst affected are the people in Limbang and Lawas who are against any further hike, saying they were already financially burdened by the RM50 fuel surcharge and the current RM9 airport tax.

“Air fares on domestic travel especially on rural air services are already very expensive and the increase in PSC makes it from bad to worse,” he said.

The people of Limbang and Lawas have no choice but to travel by air to other parts of the state as travelling by road to Miri is a long and tedious journey.

Paulus thus called on the government to reconsider its decision and rescind its implementation in the interest of Sarawakians and Sabahans.

“Most people travel because of necessity, not because they can afford the luxury of travelling by air.

“This is so especially for us in Limbang,” he said.

He was responding to a report by a national newspaper that airport tax or passenger service charge (PSC) is to be increased in all airports in the country soon.

Meanwhile, Bukit Kota assemblyman and Assistant Minister of Welfare and Community Wellbeing Dr Abdul Rahman who shared the same view urged the government to reconsider the decision, especially for the domestic sector.

“It will burden the low-income group in Sarawak.

Particularly affected are those in Limbang and Lawas who have not much alternative to travel to other parts of Sarawak or Peninsular Malaysia,” he said.

MASWings which operates the Rural Air Service (RAS) for Sarawak and Sabah currently imposes RM 50 as fuel surcharge and RM9 as Airport Tax on top of air fare, excluding any other administrative or other charges.