Friday, December 4
You are at:Home»News»Nation»‘Manila committed to securing safe recovery of kidnap victims’ 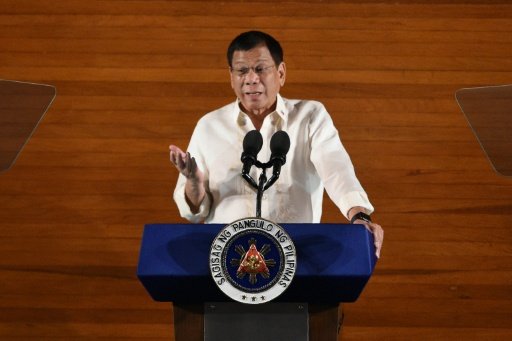 Philippine President Rodrigo Duterte has listed seven judges and over 25 current or former congressmen, mayors and other local officials whom he alleges are involved in illegal drugs. Photo by AFP

KUALA LUMPUR: The Philippine government yesterday expressed commitment to secure the safe and early recovery of all Abu Sayyaf-held kidnap victims, five of them the crew of a Malaysian tug boat.

The Philippine embassy, in a statement, said that upon instructions from President Rodrigo R Duterte, nine police and military battalions comprising some 9,000 personnel had been deployed to conduct law enforcement operations.

The operations were being carried out in suspected hideouts of the Abu Sayyaf in the island province of Sulu, it said.

“In fact, a significant number of unregistered motorised boats have been confiscated in recent weeks in Sulu and nearby waters, hampering the militants’ movement, and a blockade by the Philippine navy is in place,” the statement said.

The statement further said that the Philippines authorities were working closely with their Malaysian counterparts in sharing intelligence and other information in the effort to secure and recover the kidnap victims.

The statement came following a report in The Star yesterday that an SOS (distress) message was sent out by a Malaysian hostage held by the militants pleading for help as he had been starving and beaten up.

stated that there would be no let-up in the offensive against Abu Sayyaf and there was no deadline to the operations, while the troops would remain in the area until the objective was accomplished.

“The payment of ransom is counter-productive as any amount handed over will provide the requisite logistics for the next kidnapping attempts and will foster the criminal enterprise of the group and their cohorts anchored on kidnapping-for-ransom and terrorism,” the statement said.

At the same time, the claim of the Abu Sayyaf Group spokesman that there was no military presence where the hostages were being kept was an attempt at misdirection, it said.

“The number of police and military men currently in the island province of Sulu in pursuit of this criminal lawless group is at its highest in decades. This claim is meant to mask the immense military pressure that has been made to bear on them, which has already led to the escape or recovery of other kidnap vitims,” the statement said. — Bernama