Friday, August 7
You are at:Home»News»Sarawak»Tourist arrivals up 30 pct this year — Abg Jo 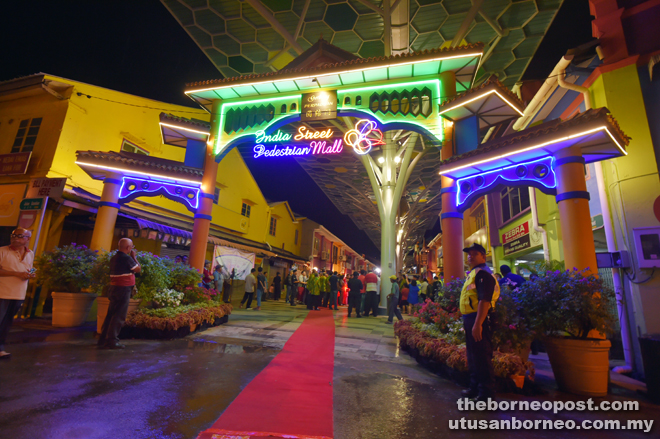 The finally-completed India Street Pedestrian Mall glowing in the night under its new canopy. — Photo by Tan Song Wei 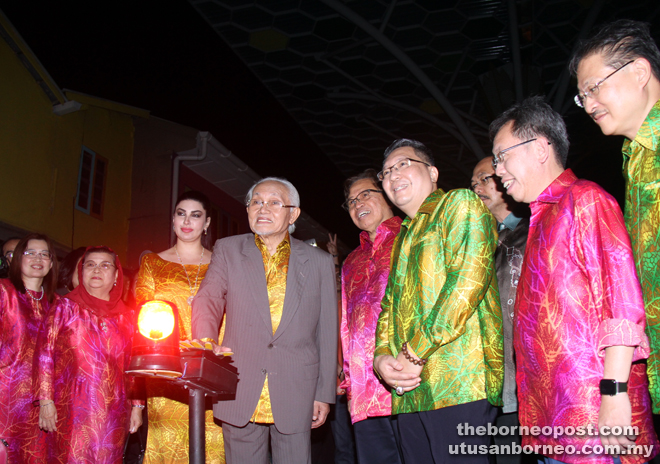 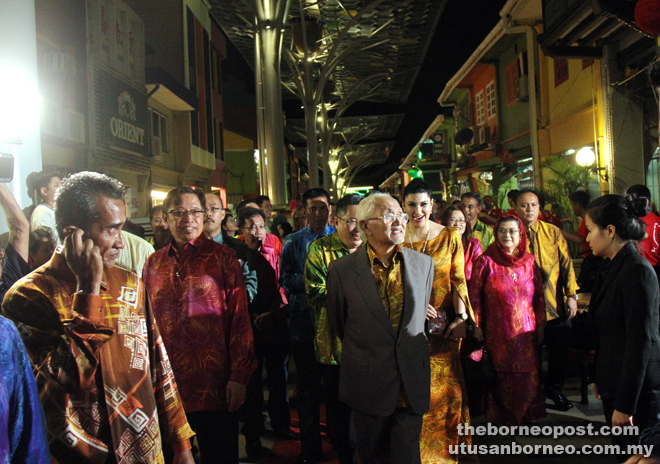 KUCHING: The local tourism sector is showing positive development with an increase of 30 per cent tourist arrivals as of June this year, with 12 per cent of this increase coming from China.

“We believe the numbers will keep on increasing. The moment we have more tourists, business will also flourish and this benefits the traders,” said Deputy Chief Minister Datuk Amar Abang Johari Tun Openg.

He was representing Chief Minister Datuk Patinggi Tan Sri Adenan Satem at the dual celebration of the TYT’s 80th Birthday and the Completion of India Street Facelift Project on Monday night.

Abang Johari, who is also Tourism, Arts and Culture Minister, said the ministry will continue drawing tourists to Sarawak.

He revealed that his assistant minister (Datuk Lee Kim Shin) just signed a Memorandum of Understanding (MoU) which will bring a charter flight in from China, as an addition to the existing route operated by Hong Kong Airlines.

“With this flight, the number of tourists from China will increase,” he said.

Abang Johari also said that the local medical tourism sector is improving due to arrivals from Indonesia seeking treatment in Kuching.

On the newly-launched India Street Pedestrian Mall, he said that it was the brainchild of the former Chief Minister and that they still needed his advice when it comes to improving Market Street, Gambier Street, Main Bazaar, and Carpenter Street all the way to Padungan.

“India Street has changed its face, and we will continue helping you give Kuching a better face. The fact that we succeeded here reflects the cooperation of the people of India Street. This should be a model to other streets.”

In his speech, Sarawak Head of State Tun Pehin Sri Abdul Taib Mahmud spoke on his memories of old Kuching in the early days, saying that it had retained its soul although development is changing the area.

“Kuching has retained its strong character. Even tourists feel like they want to be part of this place. They are attracted to the friendliness of Kuching people. We have to preserve this,” said Taib.

Meanwhile, co-organising chairman and India Street Merchants Association chairman Datuk Wee Hong Seng said that they are now looking into improving the back lanes between India Street and Gambier Street.

The completion of India Street Pedestrian Mall showed that preservation and development can co-exist.

“We also want to propose to the authorities to upgrade Open Air (market) because the food aspect of this area is important,” he said.