Monday, August 3
You are at:Home»News»Sarawak»Developing tourism in cradle of ethnic and racial diversity 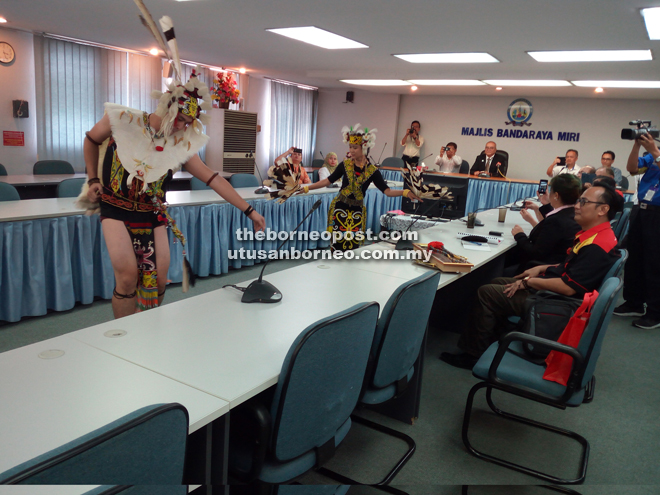 MIRI: Miri or the northern region is known as the cradle of ethnic and racial diversity in the country.

“We have over 30 tribes and ethnic groups that can easily reach 48 if we include the sub-groups.

“I have been thinking about how to further develop tourism in Miri,” Mayor Adam Yii said during a courtesy call paid by Federation of Orang Ulu Associations Sarawak Malaysia (Forum) recently.

The entourage was led by Forum president Antonio Kahti Galis who is also Miri Resident.

Yii said Miri should start thinking how to promote and showcase local or native cultures, traditions and heritage through dance and music.

“I think showcasing our diversity would be interesting and attractive for tourists and visitors. Forum comprises nine Orang Ulu ethnic groups under one umbrella provide a good platform to work on with the Resident’s Office.”

“Let’s see how to use the beautiful and unique culture, tradition and heritage of the community as part of tourism development.”

Yii invited the Orang Ulu and other communities to work together with Miri City Council.

“Come to us if you have any ideas or suggestion and we will help promote them. We could package them to promote Miri to help our local economy.”

Antonio in his reply said they would like to establish synergy and work together with the city council.

“We have established cultural groups to perform at official or non-official events. They can showcase their culture and heritage through dance and music from traditional instruments such as the sape,” he said.

During the visit, Forum treated Yii to an Orang Ulu dance to the accompaniment of live sape music.