Tuesday, May 18
You are at:Home»News»Sarawak»Uber drivers face arrest in Sarawak, Sabah 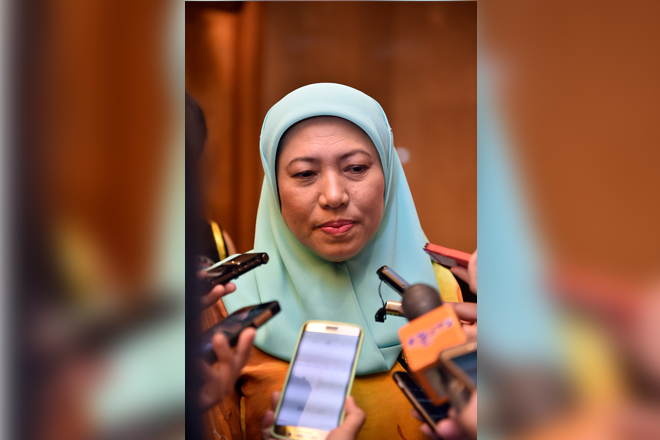 KUCHING: Action can be taken against ride sharing app Uber drivers in Sarawak and Sabah as their current modus operandi falls under the category of ‘pirate taxis’ in both states.

In stating this, Minister in the Prime Minister’s Department Datuk Nancy Shukri said to date Uber has not submitted any permit application to Commercial Vehicle Licensing Board (LPKP) in both Sarawak and Sabah.

She pointed out that Section 33 of the LPKP Act clearly stated vehicles used for public service must be licensed.

“Therefore, JPJ (Road Transport Department) and the police have the authority by law to seize vehicles without licence under Section 51 of the LPKP Act.

“All parties are urged to cooperate and be responsible to ensure the safety and welfare of passengers are given priority,” she said yesterday.

She also mentioned that LPKP Sarawak and LPKP Sabah, together with JPJ and the Royal Malaysia Police (PDRM), would continue to monitor the operation and services of illegal transport vehicles including the Uber service.

“This is to ensure the safety and interest of passengers are given priority as provided by licensed taxi operators,” added Nancy, who oversees both Sabah and Sarawak LPKP.

Nancy made the statement following news reports that two Uber drivers in Sabah were arrested in Kota Kinabalu on Monday during police operations against illegal public transporters in the city.

The two men, aged 37 and 25, were arrested in front of a shopping mall there. Kota Kinabalu police chief ACP M. Chandra was quoted as saying that Uber drivers, though registered online, were not legal in Sabah.

In Sarawak, the state’s deputy head of traffic investigation and enforcement DSP Alexson Naga Chabu was quoted in Thursday’s Borneo Post as saying that the police, LPKP and JPJ would take action against Uber drivers because they were operating illegally.

“The Act also allows us to seize the private vehicles used illegally for commercial purposes,” he added.

Previous ArticleMan’s best friend? It may be genetic
Next Article Smoking on the rise in Sarawak — Dr Jamilah