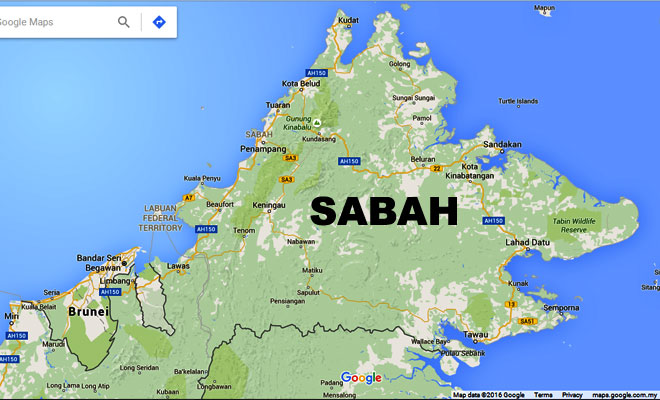 KOTA KINABALU: Police have confirmed that the fishing boat skipper who was abducted by gunmen near Pulau Gaya in Semporna on September 26, has been released by his abductees earlier today (Oct 1).

Sabah Police Commissioner Datuk Abdul Rashid Harun said boat skipper, Ruslan Sarapin @ Nasir, 39, arrived at Lahad Datu at around 7am and was taken to Lahad Datu police station (IPD LD) for his statement to be recorded.

“I am told that Ruslan is currently at the IPD LD but still investigating how he was released.

“We are currently taking down his statement for investigation,” he said after receiving the Panglima Gemilang Darjah Kinabalu (PGDK) which carries the title ‘Datuk’ from Head of State Tun Datuk Seri Panglima Juhar Mahiruddin in conjunction with 63rd birthday anniversary today.

On Sept 26, a group of gunmen robbed two fishing boats and abducted a skipper within half an hour in the waters off Semporna and off Lahad Datu.

Ruslan was abducted by six armed men near Pulau Gaya in Semporna but left 26 other fishermen, aged 18 to 60, unharmed.

The kidnappers were also believed to be involved in robbing another fishing boat near Tungku in Lahad Datu about half an hour later.

The latest kidnapping incident happened just two week after three fishing boat crew members were reported to have been kidnapped from nearby Pom Pom Island off Semporna on Sept 11.

The owner of the fishing trawler claimed that gunmen, believed to be Filipino, charged at their vessel at gunpoint and took with them three crew members, including the boat captain, before fleeing in a speedboat towards southern Philippines.

Two months prior to the incident, five Malaysian sailors were believed to have been kidnapped after the tugboat they were sailing in was found abandoned in Dent Haven waters off Lahad Datu.

On April 15, four of 10 Indonesian crewmen aboard the TB Henry tugboat was abducted by armed men near Tawi-Tawi Island.

Moments after the 6.30pm incident happened, the six crew members were rescued by Malaysian security forces when their boat entered Malaysian waters.

While on April 2, four Sarawakians were grabbed from the MV Massive 6 tugboat off Pulau Ligitan by armed masked men as they were returning to Tawau after delivering timber cargo to Manila.

The four men from Sibu were however released after being held captive for 37 days by their Abu Sayyaf captors.

Previous ArticlePhilippines’ Duterte not Hitler, but wants to kill millions: spokesman
Next Article Sharks: feared predator in need of protection