Saturday, December 3
You are at:Home»News»Court»3 suspects remanded for soliciting donations 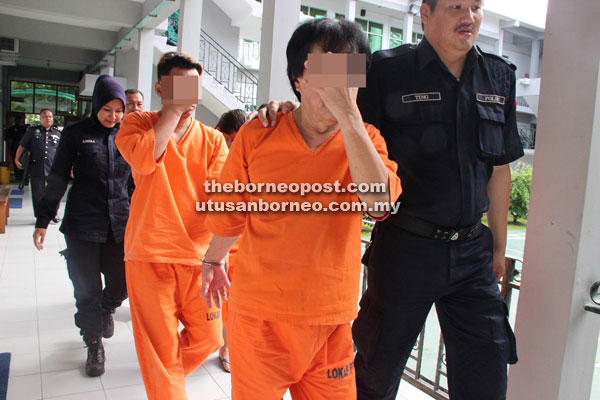 Two male suspects are escorted out of the court after the court ordered them to be remanded. 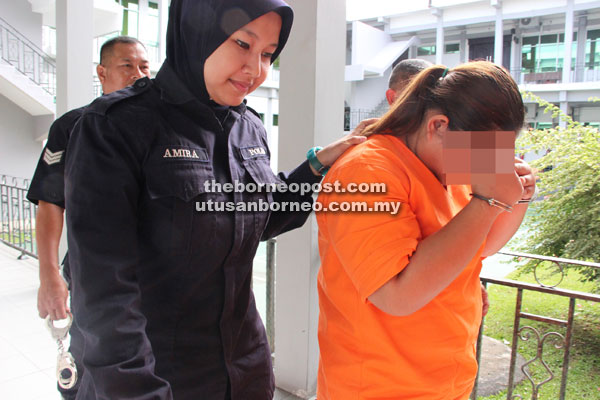 The woman suspect being escorted out of the court after was ordered to be remanded for 21 days.

SIBU: A Singaporean and two Peninsular Malaysians (a man and a woman) suspected of claiming to be palace representatives and asking for donations were remanded for 21 days yesterday under Prevention of Crime Act, 1959 at a Magistrates’ Court here.

He said the suspects, aged 28, 40 and 68 years, were arrested in Peninsular Malaysia on Tuesday and were brought here to be remanded yesterday.

Mustafa said one of them was their mastermind but did not specify which one.

“A Magistrate’s Court here has granted a remand order on the  three suspects for 21 days under Section 4(1 of the Prevention of Crime Act, 1959 until Oct 25,” he said.

He said the case was not a datuk-for-purchase scam, but rather they (trio) approached those who were legitimately conferred honorific titles by claiming to be palace representatives and asking for donations.

Meanwhile, in a separate case, a 63-year-old lawyer in Sibu was cheated of more than RM600,000 for his datukship title he received last month.

The lawyer, who received his datukship on June 4 at Istana Negara lodged a police report on Sept 7 against the syndicate.