Wednesday, January 29
You are at:Home»News»Sarawak»Eco-marine conservation project a boost to tourism and fishing industry 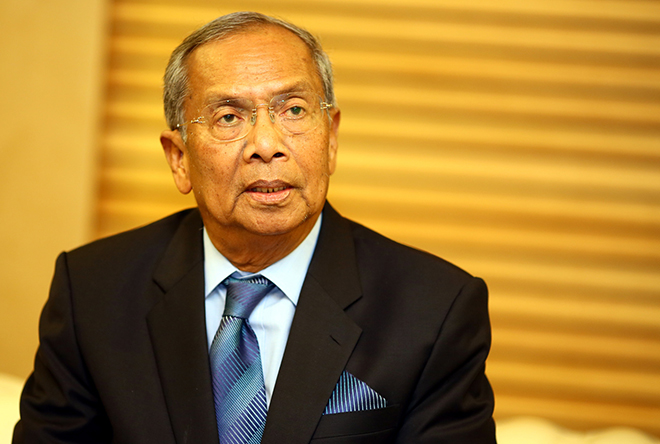 MIRI: The RM8  million Petronas-Sarawak Forestry Eco-Marine Conservation project at Miri-Sibuti Coral Reefs National Park in northern Sarawak will be a shot in the arm for tourism and the fishing community in Miri.

This five-year collaborative effort between Petronas and Sarawak Forestry Corporation (SFC) is to protect and regenerate the dying coral reefs around the 12,200ha Sibuti Reef Complex within the 186,930ha Miri-Sibuti Coral Reefs National Park.

He said Petronas was committed to protecting the environment in a holistic manner despite experiencing unprecedented challenges since its inception 40 years ago due to the current global environment of depressed oil prices.

with the artificial reef balls that have been planted around the coral reefs.

“We hope corals will regenerate and in effect increase the fish population in Miri waters. When that happens, more international divers will come and dive at Miri-Sibuti coral reef and these

activities will benefit the tourism sector. The more than 2,000 fishermen in Miri and Sibuti will also enjoy a better catch. The socio-economic spin-offs from this project will be tremendous,” Mohd Sidek added.

To date, some 550 artificial reef balls have been deployed at the project site. The remaining 1,200 units will be deployed next year.

After the reef balls deployment, the project partners will embark on the second phase of periodical reef checks and the implementation of the Conservation, Education, Promotion and Awareness (Cepa) programme designed to enhance public awareness of the importance of marine conservation and protection. This phase will be carried out from 2017 to 2019.

The project is fully funded by Petronas, while SFC is contributing its technical expertise and know-how in the management of totally protected areas, conservation and biodiversity in Sarawak

The Miri-Sibuti Marine National Park is the largest marine park in Sarawak that contributes to Malaysia’s conformance to the International Convention on Biological Diversity requirements for marine protected areas. The park is home to many marine species such as sea turtles, whale sharks as well as coral reef complexes.

It is also part of the ‘Sea Turtle Highway’ or migratory routes where sea turtles head to its beaches to nest annually, yielding hundreds of tiny sea turtle hatchlings.

However, due to frequent intrusion of illegal trawlers in recent years, the number of fish landing including whales has dwindled and sea turtles no longer return to the beaches.

“We decided to work with SFC to plant artificial reef balls in the affected area as these have proven effective deterrents to illegal trawlers and at the same time will serve as Fish Aggregating Devices (FADs) to attract ocean going pelagic fish such as dolphins to the national park,” Mohd Sidek said.

The reef balls, weighing one tonne each, can last for 500 years under the sea. They are able to mimic natural limestone and help to regenerate the corals. Their rough surface texture allows tiny soft-bodied organisms such as algae, coralline algae, sponges and coral polyps to land on them and proliferate.

He said Petronas shared the zest and commitment of Chief Minister Datuk Patinggi Tan Sri Adenan Satem in the protection and conservation of Sarawak’s ecological treasures.