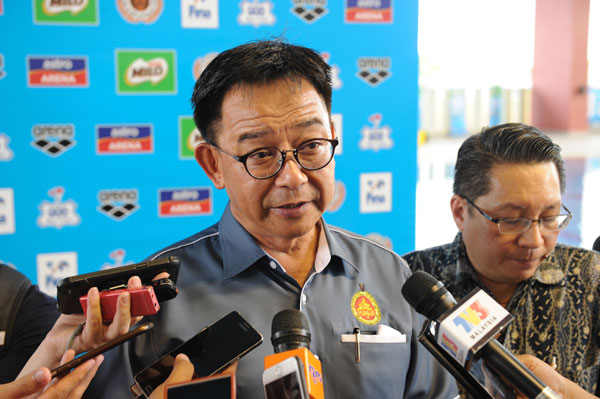 KUCHING: The state government will use its newly found clout to draw more international sport competitions to Sarawak.

“We have succeeded in organising it well and it is our hope that this competition will return to Sarawak in future. I would like to thank Fina, Asum and Asas for bringing this international event to Sarawak,” said Karim after closing the competition at the Pandelela Rinong Aquatic Centre in Petra Jaya yesterday.

On the RM1.2 billion allocated for sports in Budget 2017, Karim said most of the fund will be used to organise next year’s KL SEA Games, Asean Paralympic Games and promotion of sports.

“If I am not mistaken, more than RM400 million has been allocated for that purpose. For Sarawak, we will endeavour to ensure that part of the funds will be channeled to the state,” he said.

Asked if Sarawak had tried to bid to organise some of the SEA Games events, Karim said the state government is always striving to bring in more international events to Sarawak, although the logistics of distance may stand in the way.

“In January next year, we shall be having the Malaysian badminton Masters in Sibu. The event has been confirmed and we will be having a meeting on this matter. It will be participated by many renowned world shuttlers,” he added.

“Apart from utilising our sports facilities, we would like to promote Sarawak to the world. Most of the SEA Games venues have already been decided. However, we will try to bring some events to Sarawak. After Sukma, we have several sports venues which are of international standard.

“If we can’t get SEA Games events, we will try to bring international, regional or national events to the state. We do not want our sports venues to turn into white elephants,” he said. — by Ting Tieng Hee