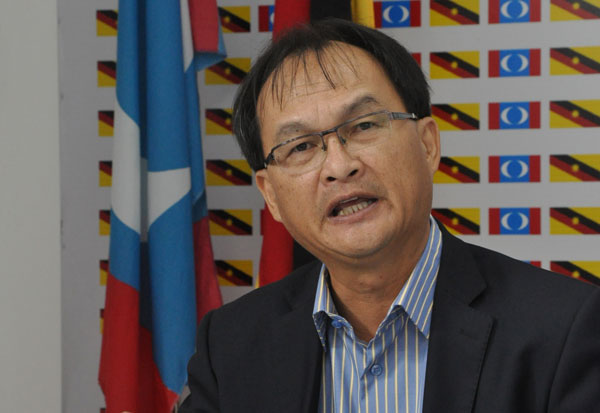 KUCHING: Minister in the Prime Minister’s Department Datuk Abdul Rahman Dahlan’s statement that the government will blacklist companies that sponsor the Bersih movement is uncalled for, immature and arrogant.

Ba Kelalan assemblyman Baru Bian said it was tantamount to political threat and blackmail, and exposed a dictatorial streak which seemed to course through the veins of most Umno politicians.

“By jumping onto the Awang Selamat bandwagon, is he trying to gain some points in Umno, considering that he may be subject to a certain coolness following the mass exodus of members of Umno Sabah?” he said in a press statement yesterday.

Baru, who is state PKR chairman, said every person had the right of association under the guarantees of Fundamental Liberties in Article 10, Part II of the Federal Constitution.

“How can the demands of Bersih for free and fair elections and institutional reforms be a threat to the security of the country? It is people like Datuk Jamal Yunos and his ‘all out war’ statements who are the real threat.

“It is people like him (Jamal) who should be arrested. Instead we have ministers like Abdul Rahman Dahlan who chose to ignore the real aggressors and threatens a peaceful civil society movement that is acting out of patriotism for the country.”

He said Abdul Rahman’s threat had the whisperings of a build-up to the use of the National Security Act against Bersih when the rally is scheduled to be held on Nov 19.

“If this should happen, it would only confirm to Malaysians and the rest of the world that the BN government has gone to the gutter, and that Umno is cracking at the seams.”

Baru said the citizens of this country can take action to show that they understand their rights and are not afraid to stand up for the country.

“Bersih is taking the lead and we must stand with them to fight for a truly democratic country that we so wish for.”