Wednesday, January 29
You are at:Home»News»Sarawak»Thrills and spills at Saratok Regatta 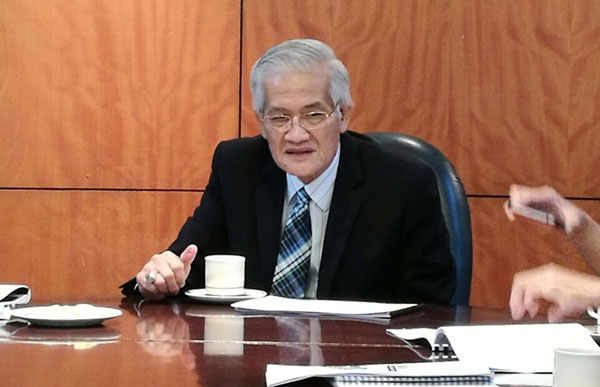 KUCHING: Saratok town will be buzzing with several activities as it will host the Saratok Regatta 2016 this Dec 3 to 4.

Deputy Chief Minister Datuk Amar Abang Johari Tun Openg is expected to officiate at the launch scheduled for at 10am on Dec 3.

“This will be a major event for the town, where we expect thousands of people of all races to converge on the town square. This event will reflect the unity and uniqueness of Sarawak,” he said during a press conference on the regatta at his office in Bangunan Yayasan Sarawak yesterday.

There will also be other competitive events such as for pétanque, ‘Junior Star Search’, ‘Battle of the Bands’, Saratok Regatta Beauty Queen, ‘bermukun’ (traditional Malay ensemble involving singing, dancing and instrumental performance), photography, as well as basketball, sepak takraw and football matches throughout the weekend.

“Entertainment-wise, we will have a live concert, cultural and art performances, an ‘Explorace’ challenge and Zumba fitness session, as well as a lucky draw,” said Abdul Wahab, who is also Sarawak Tourism Board (STB) chairman.

Exhibitions by representatives of various government agencies, sales of local products and an autoshow will be running concurrently and are open to the public.

“With the opening of booths selling local products, we will be able to provide locals with a chance to promote and sell their products which in turn, will boost their income,” said Abdul Wahab.

Registration forms for the regatta can be obtained from the Saratok District Council Office and they should reached the secretariat before Nov 21.

Participation fees ranging between RM30 and RM200 will be charged for the men’s category, depending on which events, while there is no charge for those wishing to take part in the women’s category.