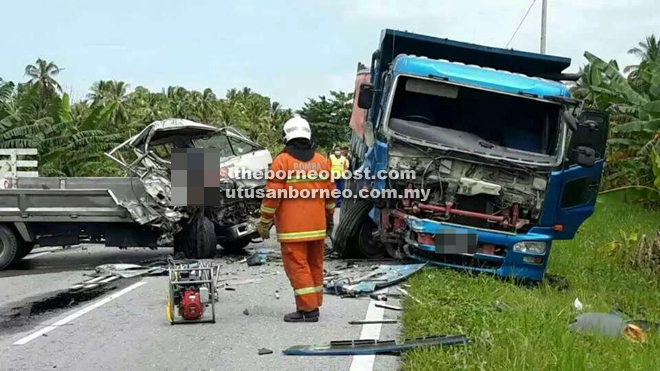 The scene of the fatal accident. 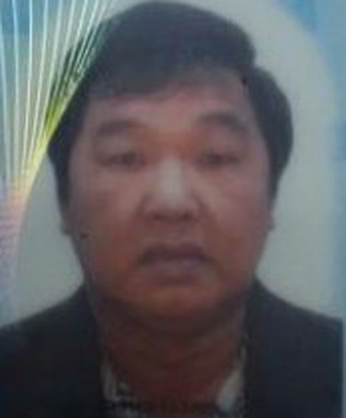 KUCHING: A lorry driver perished in a road accident yesterday afternoon following a head-on collision with a 10-tonne truck at Asajaya, Kota Samarahan.

The deceased has been identified as Chia Kuet Chew, 59, of Kampung Moyan Laut here.

State Traffic Enforcement and Investigation Department deputy chief DSP Alexson Naga said the incident took place around 1.30pm along KM18 Jalan Moyan when the lorry driven by the deceased was travelling towards Asajaya from Kota Samarahan.

“Initial investigations indicated the deceased lost control of the lorry while overtaking another vehicle and swerved into the opposite lane before colliding head-on with the truck.

“The impact pinned the victim to his seat and he was subsequently pronounced dead at the scene,” said Alexson, adding the case is being investigated under Section 41(1) of the Road Transport Act 1987.

The driver of the 10-tonne truck was not hurt in the incident.