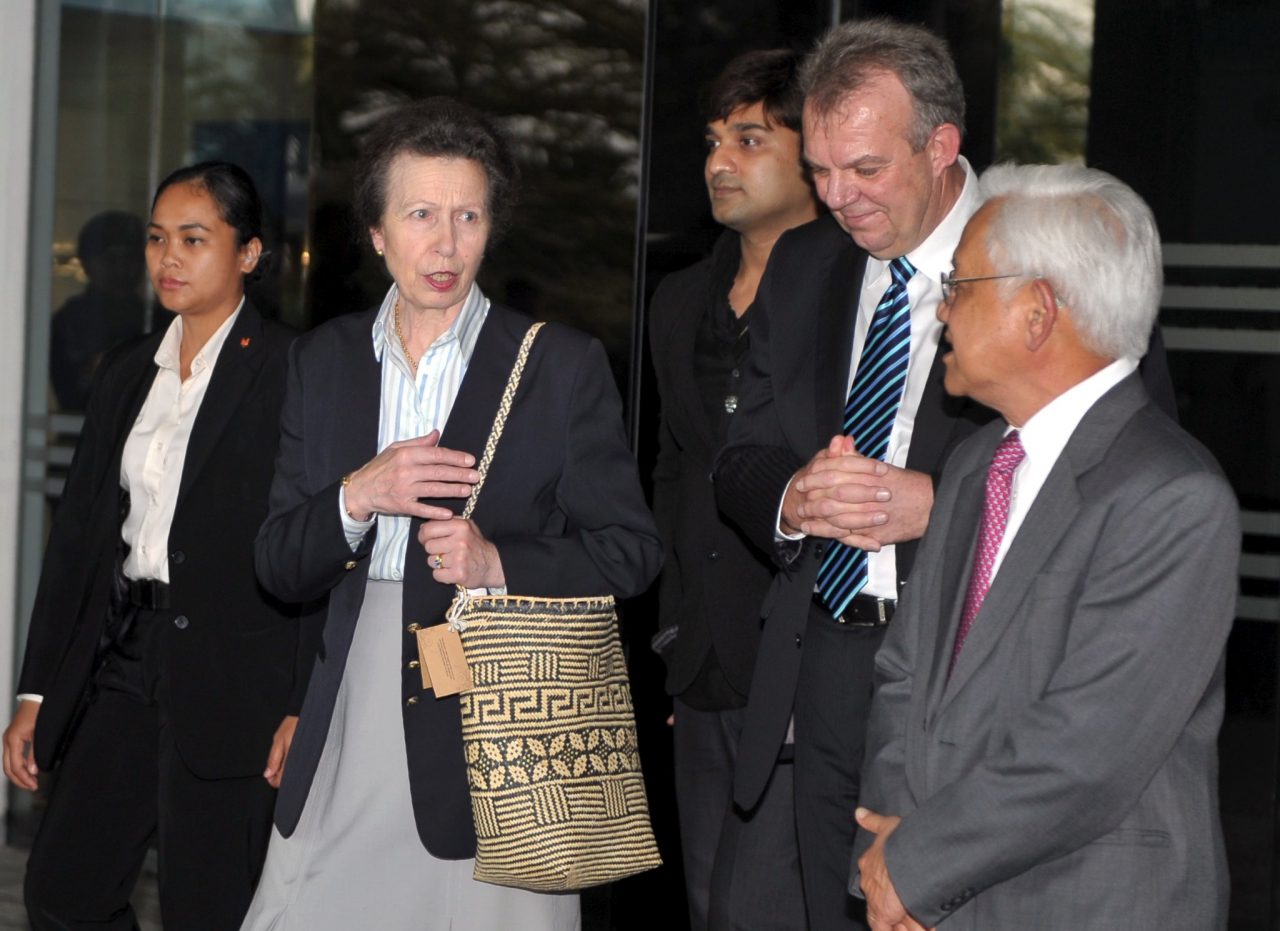 Upon her arrival this afternoon, The Princess Royal proceeded on her tour to Sarawak Energy Berhad’s (SEB) offices.

At the SEB office, Princess Anne, the only daughter of Queen Elizabeth II and Prince Philip, was given a briefing on SEB’s sustainability initiatives by its group chief executive officer, Datuk Torstein Dale Sjotveit.

SEB was chosen because it is one of the companies in Malaysia that is providing sustainable, renewable, reliable and affordable energy.

After the briefing, Princess Anne was taken to SEB Galleria where she was briefed on, among other things, how SEB helps the Penan indigenous people at the Murum Resettlement Scheme.

“One of the things that I explained to The Princess Royal was about Penan handicrafts and how SEB wanted them to improve because we could market for them so that they could have more income.

“As we also provide training for them to enchance the quality and designs of their handicraft products, she asked if all the handicrafts were of original Penan designs. When I said yes, she seemed very excited,” she told Bernama.

The Princess Royal spent almost one hour at the SEB office, before proceeding to the Sarawak Economic Development Corporation (SEDC) office in the city for another study tour.

Princess Anne is scheduled to pay a courtesy call on Chief Minister Tan Sri Adenan Satem at a hotel, here, this evening before attending a welcoming dinner in her honour hosted by the chief minister at the same venue.

The Princess Royal last visited Kuching, Sarawak in 1972 together with The Queen and Prince Philip. – Bernama