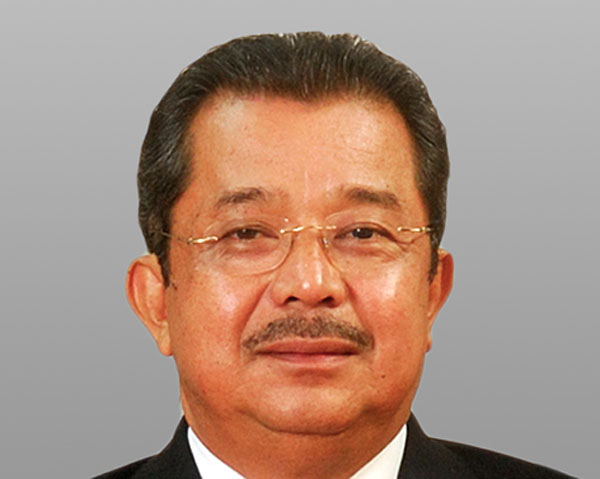 KOTA KINABALU: The chairman of Sabah Ports Sdn Bhd (SPSB), Datuk Karim Hj Bujang, has assured the business community that the Sepanggar Port is operating efficiently in spite of the on-going congestion.

On average, he said the Sapangar Bay Container Port (SBCP) has regularly achieved a handling rate of 18-20 boxes per hour. However weather conditions in the west coast of Sabah have led to considerable loss of work time thus lowering SBCP’s usual productivity rate.

According to Karim in a statement yesterday, SBCP is able to cater to all types of containerized shipment and provides adequate facilities for temperature sensitive or perishable cargoes.

In response to losses due to delays in cargo unloading, he informed that SPSB has provided windows berthing system to incoming vessels to facilitate faster unloading. However, despite this arrangement, it is inevitable for vessels to be delayed due to various reasons.

“As vessels are on a connective route, any delays occurring at a previous port of disembarkation will affect arrival time thus leading to missed berthing allocation. As a policy, SPSB shall release any unutilised berthing allocation to other vessels who are already on standby at the port.

“For vessels which have missed their time frame, they will be requested to queue until a berth becomes available.  This has been the practice of most global ports, including SPSB,” he said this in response to the calls from the business community to solve the underlying problem that is delaying the operations of Sepanggar Port.

A member of the Kota Kinabalu Chinese Chambers of Commerce and Industry (KKCCCI) and importer, Lewis Fong, had said that due to the delay which led to congestion at the Sepanggar Port, cargo ships were made to wait a long period to berth at the port.

“Due to this congestion, some of the shipping companies decided that instead of waiting for their turns to berth at the Sepanggar Port, they ordered their ships to turn around with their cargo, heading towards Bintulu and unloading the containers there, in order for the ships to go back to Port Klang and load the next batch of cargo,” said Fong.

Karim said SPSB was aware that less than three ships had opted to reroute to Bintulu due to missed window berthing, some having been delayed by the typhoon in China en route to Sapangar.

“SPSB would like to inform that wharf activity is often at its peak during the last quarter of the year due to the festive season. SBCP has effectively managed this annual surge of containers through its 24-hour port operation.

“However due to reasons specified above, performance for the past week has been affected. Nevertheless, SPSB expects cargo volume to moderate now that end of year is approaching.”

Karim added SPSB aspires to be an important contributor to the State economy and is working towards becoming a global port of international standing. As such, SPSB welcomes dialogues with business chambers and stakeholders to ensure it is able to cater to the needs of community and deliver solutions benefitting all parties concerned.