Sunday, November 1
You are at:Home»News»Sarawak»Postmen stay relevant and ‘smart’ with mobile app 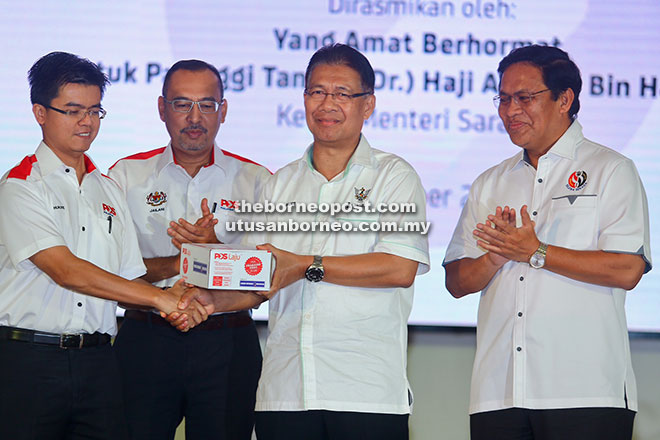 The application will enable an on-duty postman to make an online report to the district council pertaining to the special needs of individuals, illegal dumping sites, abandoned vehicles as well as potholes along roads.

The launch of the application at the Lundu community hall was part of the Postal Transformation Plan for Rural Areas which could revolutionise the traditional role of a postman as a catalyst of change in rural communities.

“Despite living in an era of digital communications, postal service is still relevant due to the growth of e-commerce which requires postal services,” said Chief Minister Datuk Patinggi Tan Sri Adenan Satem whose text of speech was read by Assistant Minister for Industrial Development (Investment and Promotion) Datuk Julaihi Narawi during the launch.

He added the situation had led Pos Malaysia Berhad to modernise its services in rural areas since 2010 through various approaches such as the ‘Smart Postman’ mobile application, Address for All, Registered Agent at the 1Malaysia Internet Centre, Mobile Post Office and Community Postman programmes which provided more than 500 part-time jobs in the rural areas. 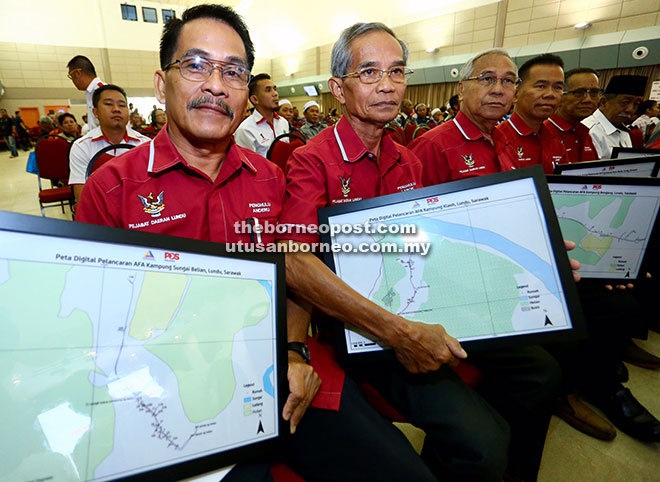 Community leaders showing the digital map which was given to them yesterday.

On another note, he said several postal service projects had been carried out from Teluk Melano to Lawas in the state.

“I am also aware that developing the postal service in rural areas is a tedious task due to the vastness of the state’s geography,” he added.

He said Lundu was fortunate to be chosen as the pioneer of the ‘Smart Postman’ application which will be used by postmen to improve their service delivery.

“The mobile app is developed to tap into and utilise the maximum capacity of the wireless telecommunication services,” he said.