Sunday, February 5
You are at:Home»News»Sarawak»Strikes don’t cause firms to go bankrupt – MTUC Sarawak
For the freshest news, join The Borneo Post's Telegram Channel and The Borneo Post on Newswav. 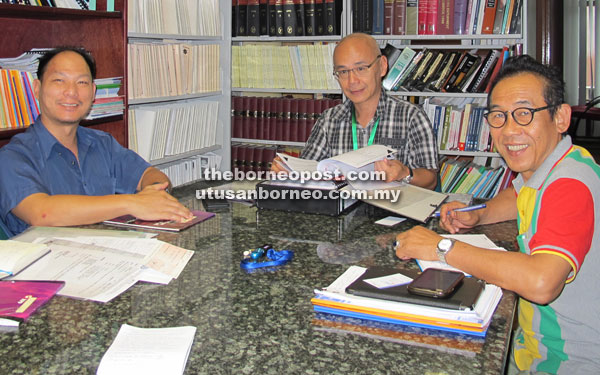 KUCHING: The freedom for unions to strike will not cause companies to go bankrupt and economies to fall but will improve companies’ management and drive the economy forward.

This is the view of MTUC (Malaysian Trades Union Congress) Sarawak which is advocating amendments to the Malaysian Labour Law, a mandatory requisite if the Trans-Pacific Partnership Agreement (TPPA) were to be ratified.

Citing countries such as South Korea and Australia as examples, Lo said countries with strong unions and the freedom to strike would not make companies or countries bankrupt.

“Strike does not make a company bankrupt. Actually, it makes the management better and the company more productive as well as more transparent as unions are good whistleblowers. Look at countries such as Australia and South Korea, they have unions and they are much better-off than us at anytime.

“Since the formation of Malaysia, there only one strike in Malaysia. It happened in 1962 when 9,000 railway workers went on strike to demand conversion of daily wages into monthly salaries. Yes, Malaysia is peaceful with no strike. But look at our economy. Are we doing better than South Korea and Australia?” Lo  told The Borneo Post on Monday.

He said even for local companies with strong unions such as Telecom or banks, they had been performing well and were productive.

Upon analysis, Lo said he strongly believed that there was a high chance for TPPA to be ratified despite Donald Trump winning the US presidential election.  As such, he said it would be mandatory for Malaysia to make necessary amendments to the Labour Law.

He further said amendments were inevitable because it was a requisite to participatory nations of TPPA to have a Labour Law that is governed by core labour standards set by the International Labour Organisation.

“Presently, a person working in banking can only join the bank union and not other unions such as journalist union. That is why there are about 800 unions in Malaysia, but the membership for each union is always small, between 50 and 200.

“With such a small number, unions cannot be effective. With amendments to our Labour Law, anyone can join any union they want. With unions having a big number, then they can be more effective.”

He said another major amendment is to allow unions to strike.

Although the present Labour Law does allow strike it imposes restrictions such as processes to be completed, including secret balloting whereby a two-third majority of membership is required, making it impossible to strike, he added.