Tuesday, September 22
You are at:Home»News»Sarawak»Baru to table motion to restore Article 1(2) of Federal Constitution 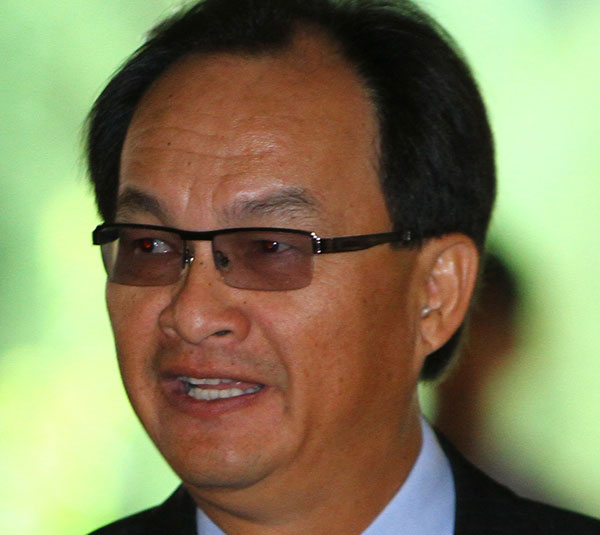 KUCHING: Ba Kelalan assemblyman Baru Bian is ready to table a motion that seeks to restore Article 1(2) of the Federal Constitution to assert the rightful status of Sarawak within Malaysia at the State Legislative Assembly (DUN) sitting from Nov 21 to 30.

His application to move the motion under Standing Order 23 was submitted to DUN secretary on Nov 10.

According to him, the MA63, an international treaty deposited with the United Nations, in Annex A set out Article 1(2) of the Federal

Constitution as: The States of the Federation shall be – (a) the States of Malaya, namely Johore, Kedah, Kelantan, Malacca, Negeri Sembilan, Pahang, Penang, Perak, Perlis, Selangor and Terengganu; (b) the Borneo States, namely, Sabah and Sarawak; and (c) the State of Singapore.

However, in 1976, several Articles of the Federal Constitution were amended in Parliament, including Article 1(2) to its current form, without prior consultation with, nor consent of, the signatories to the MA63, Baru said.

“This amendment is a violation of the Malaysia Agreement. The amendment of Article 1(2) has derogated the status of Sarawak in the Federation.”

As such, he said the august house ought to move and resolve that the state government should declare that the 1976 amendment to Article 1(2) of the Federal Constitution ‘is null and void’.

He added that the state government should ‘make strong representation that Parliament takes steps to restore Article 1(2) to its original form as set down in the Malaysia Agreement’.

This motion was one of eight motions announced by DUN speaker Datuk Amar Mohd Asfia Awang Nassar on Wednesday.

Meanwhile, Batu Lintang assemblyman and state PKR vice chief See Chee How said Baru had decided to submit the motion even though Chief Minister Datuk Patinggi Tan Sri Adenan Satem had earlier announced that the state BN would table ‘a comprehensive motion’ to reclaim the state’s rights in the coming DUN sitting.

He said if the state BN tabled the ‘comprehensive motion’, PKR would support it all the way, but they somehow felt that the state BN might not do it eventually.

“Which is why Baru has decided that we must put it (the motion) in, in case the government doesn’t do it,” he said, adding that Adenan declared on Wednesday that the state BN had decided not to table the motion.

See added that he could not comprehend the rationale for not tabling the motion. He recalled that Prime Minister Datuk Seri Najib Tun Razak had agreed to talk a few years back.

On Wednesday, Adenan said the state BN had decided not to table the motion on reclaiming Sarawak’s rights in the next DUN sitting, reasoning that a motion was no longer needed since Najib had said that the federal government was ready to explore any misinterpretation of MA63.

On Nov 1, Adenan told a news conference that a comprehensive motion covering all aspects of the state’s rights including the Territorial Sea Act 2012 would be tabled at the next DUN sitting.