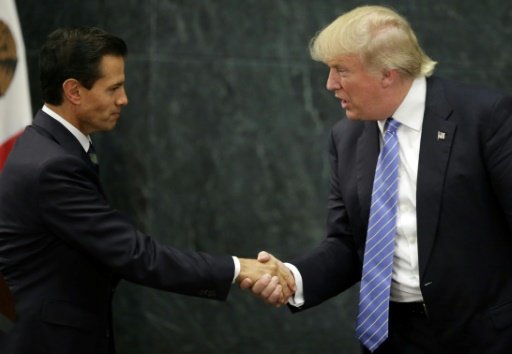 President Enrique Pena Nieto and now US President-elect Donald Trump met in August 2016, in a move that was widely seen as a diplomatic faux-pas given Trump’s repeated attacks on Mexican immigrants during his campaign. -AFP File photo

LIMA: Mexico’s President Enrique Pena Nieto said Saturday his government will seek a dialogue with US President-elect Donald Trump, who infuriated the country with vitriolic attacks on Mexican immigrants during his campaign.

“In the face of the positions that President-elect Trump has taken, we are prioritizing dialogue as a path to build a new agenda for our bilateral relations,” Pena Nieto told a summit of Asia-Pacific leaders. -AFP