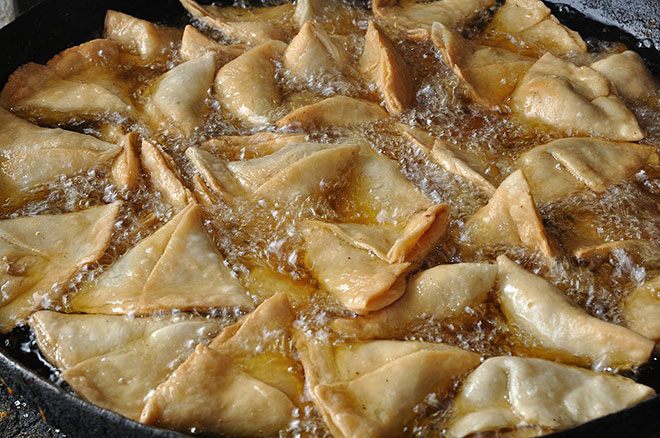 POURING over available food choices in malls, food courts, street-side stalls and commercial centres, one thing sticks out clearly – most food served are of the unhealthy variety. Generally, there’s a proliferation of fried, curried and oily meats as well as white, fried or oiled rice being the sole source of carbohydrates – curiously, brown and black rice are very rarely offered. Vegetables can be found but are again cooked with health being of least concern. If one wishes to dine on healthy food, expect to pay more. And the real clincher is that this rule not only applies to eating out but also groceries.

Healthy food (usually wholefoods or organic produce) are priced much higher than regular food as well. Even though the trend for healthy and conscious eating is beginning to take root, healthy foods are still priced at a premium – a premium that puts healthy food options firmly out of the grasp of lower income groups.

Damningly, findings from British medical journal ‘The Lancet’ has shown Malaysia as the most obese country in the whole of Asia with an obesity rate of more than 45.3 per cent. This data correlates with those from the 2015 National Health and Morbidity Survey (NHMS), which found that about 30 per cent of adults above 18 were overweight and an additional 17.7 per cent were obese.

Interestingly, the study named Putrajaya as the city with the highest percentage of overweight people in the country. Upon close observation, it’s usually the lower paid employees who are overweight because it takes money to keep fit.

Unhealthy food is affordable due to economies of scale and the use of cheaper (often highly processed) ingredients. These food products (such as chicken nuggets and canned luncheon meat) are mass-produced in factories from less than desirable ingredients as well as being supplemented with chemical substitutes for natural ingredients.

For example, it is not an uncommon sight to see garlic flavouring or high fructose corn syrup in the ingredients list instead of garlic or cane sugar. These synthetic ingredients can produce the same taste and texture at a lower cost. Big food manufacturing companies often use chemical flavourings and substitutes in an effort to increase profits and simplify the production process – since chemical ingredients are usually easier to store and keep ‘fresh’.

Other than that, these foods usually contain preservatives to make transporting them easier. This also makes it possible to store them for significantly longer periods of time. Fresh food spoils fast and costs a lot more to deliver to the grocers. For instance, transporting fresh foods in refrigerated compartments.

Basic essentials like white rice, sugar and oil are staples in the Malaysian diet and, unfortunately, are unhealthy. Scrolling through the list of Malaysian favourites, a common theme emerges: these dishes are usually on the high side when it comes to carbohydrates, fat and salt. Nasi lemak, Ramly burgers, roti canai and char kuey teow (just to name a few) are jam-packed with calories.

Malaysian drinks also border on the unhealthy with crowd favourites like teh tarik and limau ais containing large amounts of dairy sweetener and sugar respectively. Snacks and desserts are also unhealthy with a strong preference for deep-frying and batter-coating, as well as high sugar content, among other things. Notable examples include deep-fried banana fritters and keropok lekor.

Comparatively, our Asian neighbours do appear to eat food that is healthier. Most tellingly, most of the foods consumed by our neighbours do not place such a strong emphasis on deep-frying or currying, therefore cutting down heavily on fat.

According to research by ‘The Lancet’ in 2012, Malaysia is one of the most inactive countries on earth. A total of 61.4 per cent of Malaysian adults are inactive as compared to our neighbours, notably only 15.3 per cent of Vietnamese adults and 29.8 per cent of Indonesian adults are inactive. One of the main reasons would be that urban Malaysians can’t find the time to squeeze in physical exercise after clocking long working hours to support an increasingly high cost of living, compounded by stagnating wages, rising transportation costs and the goods and services tax (GST).

Apart from a lack of time, it’s also difficult to access parks and sports centres without finding oneself stuck in traffic. These public exercise facilities are also often overcrowded and poorly-maintained, acting as further push factors. Finally, Malaysians are generally put-off from physical activity outdoors due to the punishing heat. This problem even extends to non-exercise related activities, like going to the neighbourhood grocers. Many choose to drive because it’s simply too hot to walk. So for those who really do want to keep fit, they are left with no choice but to resort to fitness clubs and gyms.

Ultimately, we have to become a healthier country if we wish to become a developed and high-income one. These facets of society are mutually inclusive because as we become healthier, productivity increases and healthcare expenditure decreases. It’s only in the best interest of the government to promote the consumption of healthy food either by subsidising healthier food ingredients or by innovating the process of obtaining and selling healthy food products.

Moving on, it might prove to be beneficial to introduce healthier reinventions of our favourite dishes. For instance, brown rice nasi lemak or wholegrain floor roti canai. Even though food purists will vehemently oppose these suggestions, I believe it would be in the best interest of the public to make our favourite foods healthier. Lastly, I applaud Budget 2017 for introducing tax breaks for gymnasium membership fees. It’s a good indicator that the health of the public is on the government’s agenda. To end, I must say that more can be done at policy level but simply put, Malaysians themselves have to take the initiative to be healthier.