Monday, February 17
You are at:Home»News»Sarawak»Oxygen Bar — A refreshing lounge rendezvous for Sibu folk 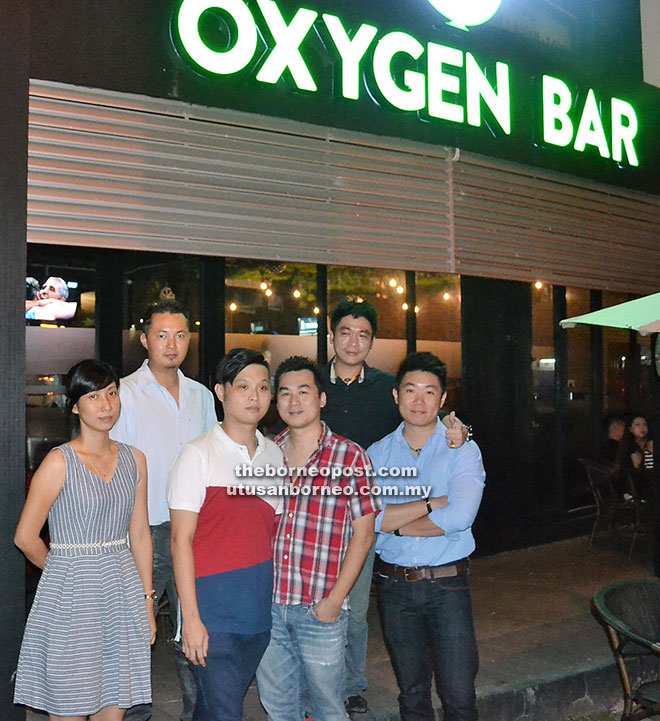 Ling (front row, second right) with his business partners outside the Oxygen Bar.

SIBU: The newly-opened Oxygen Bar at Sibu Heritage Centre is as refreshing as the colourful name sounds – being a place for the young and old alike to unwind in a clean, cosy atmosphere.

It is a rendezvous for business associates or friends for tete-a-tete over snack food, a range of draught beer and red wine imported from countries like Germany, Japan, Australia and New Zealand.

According to manager Ling Ham Hoe, the bar is also fitted with IT facilities and he assures patrons that prices
on all items are reasonable.

The bar also has a VIP lounge where trendy red wine and cocktails are served.

The opening hours are from 3pm to 1am, Monday to Thursday and Sunday, while on Friday and Saturday, it is from 3pm to 2am.

As for the curious name of the bar, its management said it aimed to connote a ‘clean, hygienic and green environment that is drug-free’, as well as the whiff of ‘fresh oxygen that comes in when you sit alfresco’.