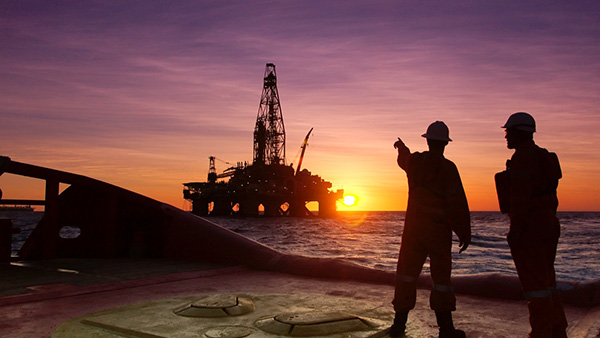 Despite the challenges and uncertainties seen in the oil and gas (O&G) industry this year, analysts are more bullish on the prospects of the sector in 2017.

KUCHING: Despite the challenges and uncertainties faced by the oil and gas (O&G) industry this year, analysts are more bullish on the prospects of the sector in 2017, driven by various promising factors.

MIDF Amanah Investment Bank Bhd’s research arm (MIDF Research) in its 2017 outlook report, opined: “All is not doom and gloom in the O&G sector as opportunities still exist, especially for asset light and niche service providers.”

All things considered, it said, the O&G industry still offers attractive trading opportunities in line with the volatile movements in the global crude oil mart.

“We are negative on asset-heavy companies with heavy reliance on upstream exploration and production activities but we remain positive with downstream related companies.

“Having said that however, we recommend investors to cherry pick stocks within niche segments of the O&G value chain,” it added.

It suggested that Dayang Enterprise Bhd (Dayang) and Deleum Bhd (Deleum) are front are frontrunners with niche expertise in the upstream maintenance, construction and modification (MCM) works for Petroliam Nasional Bhd (Petronas) and its production sharing contractors.

Maybank IB Research upgraded its call on the sector to ‘positive’, on improving risk-reward outlook.

“The agreement by Organisation of Petroleum Exporting Countries (OPEC) and non-OPEC members to cut output is a major statement to a start a cyclical recovery of the oil market.

“The move, if all parties deliver on their commitments, will accelerate the rebalancing of demand-supply.

“It will jumpstart capital expenditure (capex) growth and support a firmer oil price over the next 12 months.

“With that, we believe the sector has seen its the bottom, with most stocks having de-rated and much of their values lost, making it a good time to bottom-fish,” it highlighted.

The research firm also pointed out that the sector is due for a cyclical recovery, on improving sentiment and operating outlook.

“We see further re-rating prospects should Saudi Aramco’s investment of a 50 per cent stake in Petronas’ refinery and petrochemical integrated development (Rapid) project materialises,” it added.

It explained, if it materialises, for Petronas, it would mean the ability to realise value from its Rapid investment, the new capital can be deployed to jump-start its capex programmes (which is upstream exploration and production), that have been affected by the cyclical downturn, and its commitment and ability to pay dividends to the Government would remain intact.

Meanwhile, RHB Research opined that from the outcome of the OPEC and non-OPEC agreement on oil production, it expect Petronas to start revising its capex upwards once oil prices stabilise.

“Considering that we are expecting the oil price to average US$60 per barrel (bbl) going forward, we believe the national oil company would be more comfortable in exploring and developing domestic projects in the next one to two years.

“This would then trickle down to the service players. However, we expect Petronas to be prudent in its capex spending, and we opine that it would not see the similar boom witnessed during the 2012 to 2014 period,” it said.

Overall, RHB Research believed that that downstream and select upstream names would provide better value for the near to mid-term as it offers better earnings visibility and growth prospect.