Tuesday, October 26
You are at:Home»Sports»MSNS clarify payment of training allowance 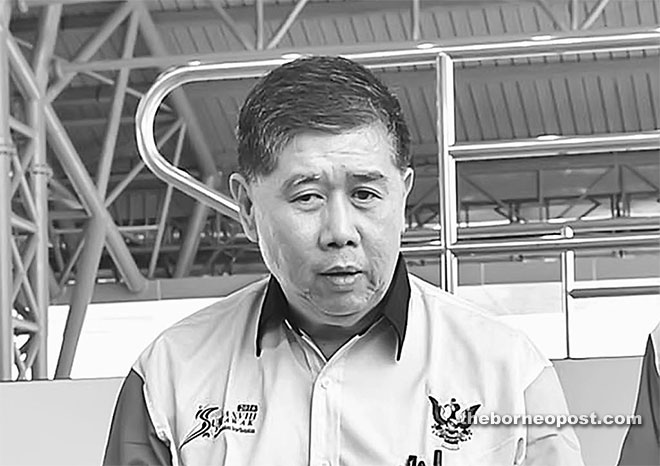 KUCHING: The re-structuring and transformation process of the Sarawak State Sports Council (MSNS) may have caused some inconvenience to various stakeholders. But the council is hoping to resolve the matter soon.

MSNS director Dr Ong Kong Swee said he is trying to set things right in the new year, including the payment of monthly training allowances to athletes.

The allowances are for athletes who have won medals in the 2016 Sukma and still eligible for the next Sukma in 2018.

“I am trying to make sure that we can monitor the training of the elite athletes by the coaches.

“At the same time there is a condition that there must be a report by the coach before the athlete can receive the training allowance.

“Reports, monitoring, procedures and conditions must be there so that MSNS pay the allowances accordingly and rightly,” Ong affirmed.

It was learnt that athletes from wushu, tenpin bowling and tennis have yet to receive their training allowance since Sept 2016.

This has caused inconvenience and misunderstanding among some sports officials, coaches, athletes and their parents.

“For Amateur (Tenpin) Bowling Association of Sarawak (Abas), some of the athletes especially those who are studying overseas have not decided whether they want to represent the state in the next Sukma as it involves six months of training prior to Sukma.

“They can sign the forms and get the allowance in due course but if after receiving the allowance and they cannot commit to represent Sarawak, they have to pay back the money,” noted Abas vice president Robert Lu.

“Although the amount of training allowance is not much, it will help the athletes to bear part of the monthly living expenses especially those from other towns who are transferred to Kuching for the training.

“It will also somehow boost the morale of the athletes and make them feel recognised by the government,” said Wushu Federation of Sarawak deputy president James Ting.

Sarawak Lawn Tennis Association president Dato Patrick Liew also confirmed that the tennis players have yet to receive their allowance.

This was because for the past two Sukma, the allowances were banked directly into the athletes’ bank accounts and the association would not know whether an athlete has got his or her training allowance unless he/she notify SLTA.

“Maybe MSNS are going to pay the allowances by quarterly mode so as to cut administrative work,” he reasoned.

Liew added that the coaches concerned must also be responsible to submit the reports so that the athletes can get their allowance.