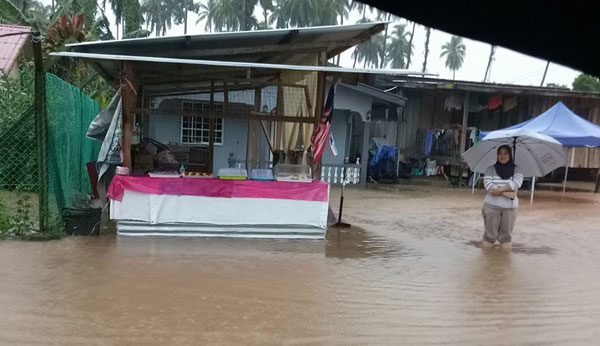 A woman can only look on as her home at Kampung Pinggan-Pinggan is affected by flood. 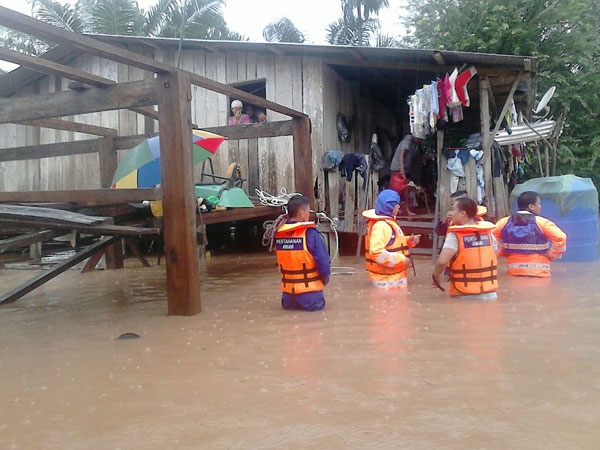 JPAM personnel helping villagers to evacuate from their homes due to the floods at Kampung Rukom Ulu.

KOTA MARUDU: A total of 274 people, including 143 children from 10 villagers were evacuated from their homes when the district of Pitas was submerged by major floods following continuous rains since Tuesday.

“About 274 villagers, including 143 children, were evacuated from their homes due to the floods.

“Twenty-seven families were placed at SK Rukom Pitas while 36 families are taking shelter at a community centre in Kampung Bilangau,” he said.

He said nine other villages in the area were also inundated by flood waters when two rivers nearby, Sungai Kebatasan and Sungai Bengkoka, overflowed their banks due to the incessant rain since 10pm on Tuesday.

“The water level in Sungai Kebatasan was at 6.15 metres, above the danger level at 6.0 metres, while Sungai Bengkoka showed a reading of 4.0 metres,” he said.

He said that JPAM would continue to monitor the situation and was prepared to assist in evacuation.

Meanwhile, seven primary schools in Pitas were closed yesterday due to the floods. Six of the schools were closed because their access roads were inundated while one was used as a relief centre for flood victims.

She said school heads and principals could temporarily close their schools due to floods by informing the department.