Saturday, July 11
You are at:Home»World»Thai junta says elections will be held in early 2018 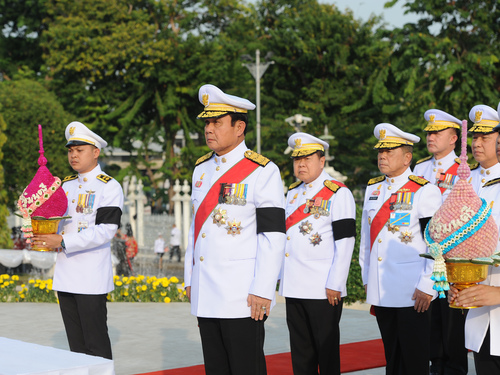 BANGKOK: Thailand’s ruling military government said Friday a general election previously promised for this year will be postponed until early 2018, citing royal ceremonies for the delay.

A senior government source told dpa the junta’s roadmap to democracy remained in place, however the timeline needed to be “slightly adjusted” due to the cremation of the late King Bhumibol Adulyadej and the coronation of King Rama X set to take place later this year.

“We simply cannot rush the royal process,” the source said.

The source confirmed the new election schedule following a government report on a diplomatic meeting in which Prime Minister Prayut Chan-ocha told the Canadian Ambassador Donica Pottie that the election would be held in 2018.

The report said Prayut met the Canadian envoy on Thursday and reassured her that the junta would continue to follow its original roadmap.

On Wednesday, the government released a statement on its website, telling the public that elections would take place but without specifying the timeline.

“The Government would commit to its implementations according to the Roadmap, especially with regard to general election,” the statement said.

Concerns about election delays were raised following remarks made earlier this week by members of the junta-appointed National Legislative Assembly which suggested the assembly would need at least 15 months to finalize new election laws, thereby pushing the planned polls back to mid 2018.

Thailand has been under military rule since May 2014, when the army seized control after months of political turmoil and mass demonstrations. – dpa