Monday, September 26
You are at:Home»News»Sarawak»School charity run hopes to raise over RM150,000 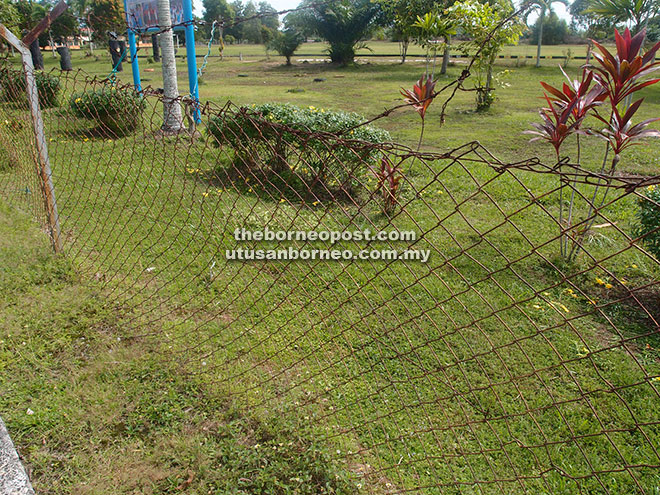 Photo shows the old wire fencing that needs to be replaced.

The parent-teacher association (PTA) hopes to receive over 1,200 entries in order to upgrade the physical infrastructure and facilities of the school.

The early bird entry fee until Jan 28 is RM50 each, after which it will be RM60.

Forms are available from the SMK Riam school office or Youth and Sports Ministry counter at the Urban Transformation Centre (UTC) and the closing date is April 2.

Meanwhile, headmistress Normah Abdul Latiff said funds raised would be used to build a concrete fence to replace the old and damaged wire fence, which is as an escape route for truants and thieves.

Funds would also go towards upgrading the locker room, building a foyer, and purchasing LCD projectors for classrooms as well as water dispensers.