Saturday, September 26
You are at:Home»News»Nation»Flour samples claimed to contain bleaching agent to be analysed 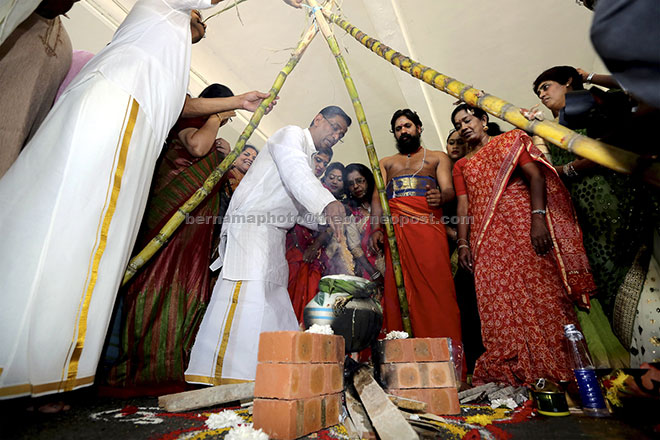 Its minister Datuk Seri Dr S Subramaniam said if the flour samples were found to contain bleaching agent above the amount allowed by the ministry’s Food Quality and Security Division, the sale of the flour would be withdrawn.

“It is an offence under the law to use a non-permitted chemical substance to change the colour of flour. If also proven use of a chemical substance above the permitted level, we will take action including withdrawing the sale of the flour and stopping the manufacturing operations, and we will also take legal action.”

Dr Subramaniam said this to reporters after attending the Ponggal Festival at the MIC headquarters here yesterday, in response to the list of flour claimed to contain bleaching agent that could be detrimental to health, issued by the Muslim Consumers Association of Malaysia (PPIM).

Asked on the Misoprostol (Cytotec) pill claimed could cause foetal abortion and being sold online, he said this would be difficult to detect and acted upon as it involved sale from abroad.

“Pills like this require a doctor’s prescription. If the Internet sale is made in this country, we can detect it and take action. In some cases, the sales take place abroad or the pills come through the post. That is the challenge we face.”

Hence, he said, the ministry would always work together with the Royal Customs Department and police to detect any package containing such pills and it would find out whether these pills were being sold in the country.

Selling of the pills meant to treat gastric pain is hotly discussed in the social media as these pills could be easily obtained through online purchase.

On another development, Dr Subramaniam said the appointment of 2,600 medical, dental and pharmacology graduates on contractual basis in the government sector had been made in stages from December, last year.

“However, filling up of the contractual posts depends on how fast the Public Service Department can create these posts,” he said.

Prime Minister Datuk Seri Najib Tun Razak, when tabling the 2017 Budget, had announced the apppointment of 2,600 graduates in the three fields on a contractual basis by December, 2016 due to the shortage of permanent posts. — Bernama