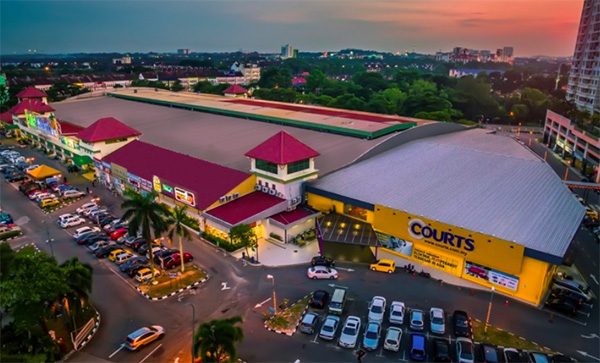 According to PublicInvest Research, KIP REIT’s portfolio comprises of five KIP Mart properties which are hybrid between a traditional wet market and a conventional shopping centre, and a KiP MaIl which is a neighbourhood conventional shopping mall, all of which cater to lower to middle income customers.

The research arm noted that tenants range from a variety of trades ranging from fresh market, supermarkets, fashion apparel, IT and electrical products, food and beverage and others.

“Many of its tenants target daily needs and basic necessities of the shoppers and hence, its business model may represent strength during adverse economic conditions when consumers are more prudent in spending and will actively source for value-for-money products or services that are commonly found in KIP Mart,” it said.

PublicInvest Research noted that while KIP REIT enjoys stable rental income, the key concern lies in its limited organic earnings growth as this is capped by the scope of future rental adjustment.

The research arm further noted that the rental and revision for the properties have been pre-determined at indicative rental increases of between three to five per cent per annum.

On new acquisitions, PublicInvest Research highlighted that KIP REIT has identified five new assets, mainly located in Peninsular Malaysia, with one due for completion in 2017.

“However, the asset injection, we understand, will only happen once the rental income is stabilised which could take up to two years,” it said. “New acquisitions are likely to be yield accretive.”

As for the group’s financials, PublicInvest Research noted that upon listing, KIP REIT will be geared up to 14.8 per cent, or approximately RM85.9 million to partially finance the acquisitions.

“The financing facility is payable over a period of five years,” the research arm said.

“It has fixed its annual interest rate based on Cost of Funds (COF) + 1.25 per cent per annum.”

The research arm added that given the 50 per cent statutory gearing limit, KIP REIT still has 35.2 per cent headroom for borrowing to finance its future acquisition, or another RM204 million.

On the stability of distribution yield, PublicInvest Research pointed out that the manager intends to distribute 100 per cent of KIP REIT’s distributable income for financial year 2017 (FY17) and FY18, and 90 per cent for subsequent years on a half-yearly basis.

All in, PublicInvest Research estimated the fair value for KIP REIT at RM1.09 per unit, based on a discounted cash flow (DCF)-based target price with weighted average cost of capital (WACC) of 6.1 per cent.

“The implied yield of six per cent is comparable to Al-Salam REIT while the average yield for other retail REITs (with bigger market caps) is circa five per cent,” it said.