Thursday, December 8
You are at:Home»News»Sarawak»Nanta: Adenan a people’s leader to the very end 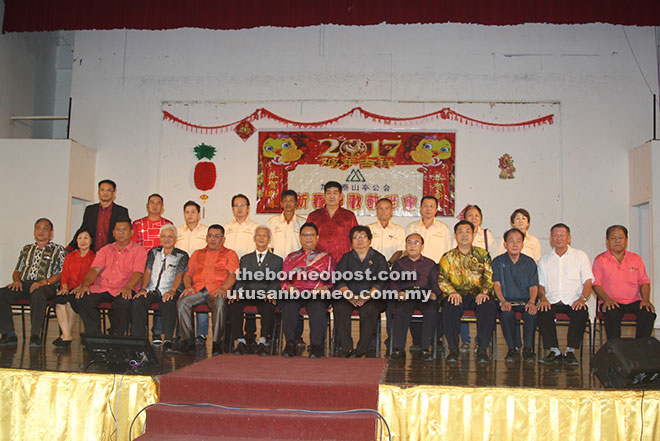 KAPIT: Deputy Rural and Regional Development Minister Datuk Alexander Nanta Linggi is touched by the dedication of Datuk Patinggi Tan Sri Adenan Satem in wanting the issues related to Native Customary Rights (NCR) land be solved once and for all.

“As a Dayak, I’m really very thankful to him (Adenan) for still thinking about the community and the NCR issues that are affecting them – till the very end. I’m very, very hopeful and optimistic that Datuk Amar Abang Johari would continue what ‘Tok Nan’ had behind, particularly his policies for the people and the focus on rural development.

“He (Abang Johari) had pledged this during the PBB meeting, striving to be the ‘chief minister for all Sarawakians’ – just like what Tok Nan was.

“This is very reassuring – of course, we’ll support him to uphold and continue Tok Nan’s legacy,” Nanta said in his opening remarks at a pre-Chinese New Year dinner hosted by the Tai San Ten Association at the civic centre here on Saturday.

Nanta, who is Kapit MP, also took the opportunity at the event to pay tribute to Adenan.

“Indeed, Tok Nan was a great leader, obviously loved by many irrespective of race, religion and social background.  They grieve greatly over his passing. People still go and pay their respects at his grave in Kuching, and many come in big numbers,” he said.