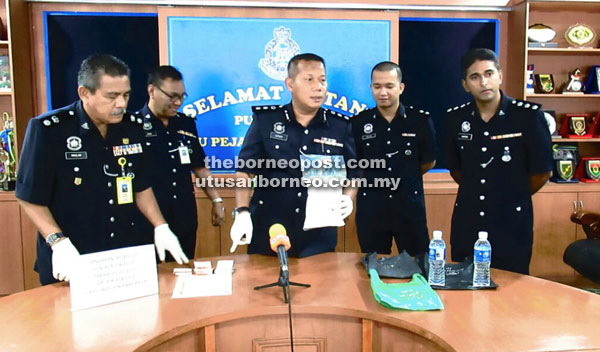 SANDAKAN: Police confiscated 1.05kg of methamphetamine with an estimated value of RM70,000 from a woman, a teenager and a girl at Flat MPS Karamunting off Jalan Batu Sapi here on Jan 25.

They were seen walking in a suspicious way and the woman had given a black plastic bag to the girl.

Upon checking the plastic bag, police had found a large packet containing crystal chunks believed to be Methamphetamine or syabu.

From the investigation, the 37-year-old woman is an IMM13 holder, the 15-year-old teenager is a local while the nine-year-old girl did not possess valid documents and all of them are related by blood.

Azhar said it was learned that children were used in drug trafficking activities and the case will be investigated under Section 39B of the Dangerous Drugs Act 1952.

Since January this year, he said police had seized 208.56 grams of Methamphetamine and detained 26 suspects in the district.