Saturday, July 31
You are at:Home»News»Sarawak»Bikers warded after crash near Jalan Tun Salahuddin 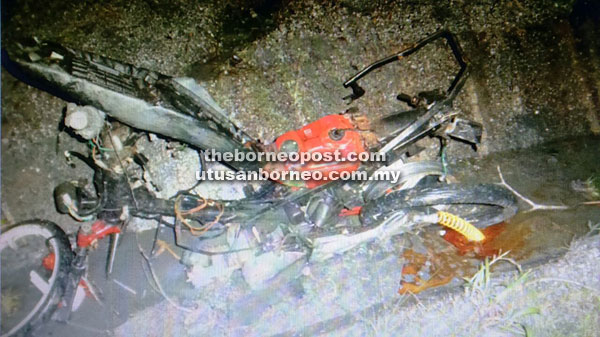 The motorcycle which landed in the drain after the collision with a car near Jalan Tun Salahuddin. 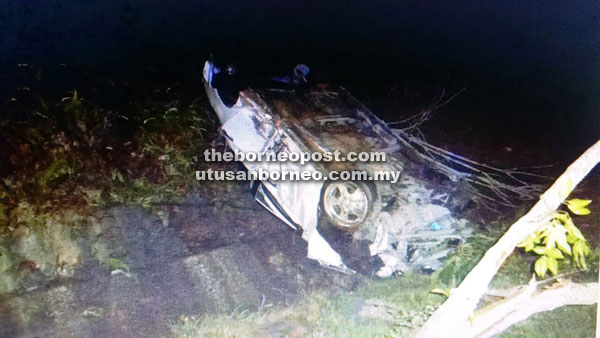 The overturned car after it also ended up in the drain.

KUCHING: A motorcyclist and his pillion rider were seriously injured after their motorcycle collided with a car near Jalan Tun Salahuddin in the wee hours of yesterday.

left arm and was treated at the yellow zone,” he said, adding that the pair was thrown into a drain following the impact of the crash.

“In the incident that occurred around 1.30am, the car driver had lost control of his vehicle before it rammed into the motorbike,” said ASP Matthew.