Friday, May 7
You are at:Home»News»Sarawak»Wind Cave closed as river swells up 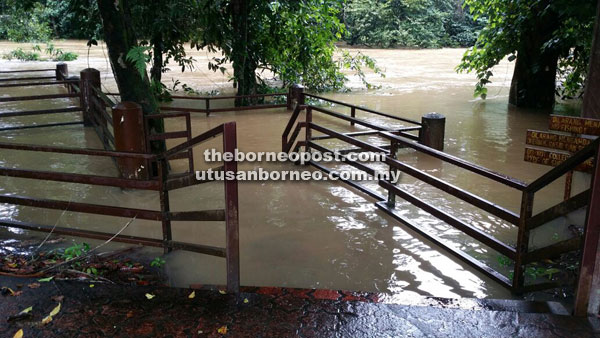 The flooding recorded at the Wind Cave on Sunday.

In announcing the temporary closure yesterday, SFC said: “Incessant rain in the last few days has resulted in flooding of areas surrounding the nature reserve. The overflow of water from a nearby river has also flooded the interior of Wind Cave.”

SFC, however, said the nearby Fairy Cave Nature Reserve would remain open to the public.

The public is advised to contact the management of Wind Cave and Fairy Cave Nature Reserves at  082-375490 as well as National Park Booking Office at 082-248088 for further enquiries and information.