Tuesday, May 17
You are at:Home»News»Sabah»Sabah turns to China, India 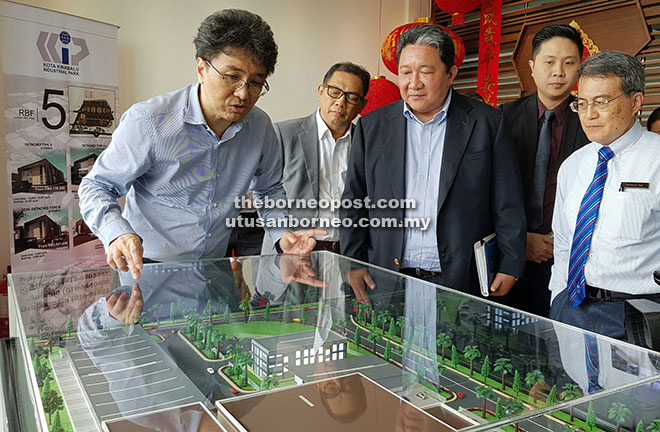 KOTA KINABALU: A “disappointed” Sabah will now turn to China and India after America’s abandonment of the 12-nation Trans-Pacific Partnership (TPP).

Deputy Chief Minister Datuk Raymond Tan Shu Kiah said since the new President of the United States, Donald Trump, had made the ‘America First’ decision to dump the bipartisan trade policy, the state will follow the nation as it instead capitalise on Malaysia’s long forged ties with China and embark on the China-led Regional Comprehensive Economic Partnership (RCEP).

“It is a disappointment because we want a bigger market. We want our CPO (Crude Palm Oil) to go to United States.

“We now look at the other alternative that China was promoting, the RCEP, which is a bigger package than the TPP Agreement as it involves 16 countries, covering more than 800 million people,” he said.

For now, Tan said, Sabah will put its America and South America penetration ambitions on hold and stay tuned to the new US President’s decision on global trading.

“The direction that Malaysia has taken is basically moving towards China now but it is nothing new as Malaysia, I believe, is probably one of the earliest ASEAN countries to enter into business with China.

“The other bigger market that we should actually look at is, of course, India. In fact, we are selling more of our CPO to India compared to China,” he added.

He also affirmed that Sabah will continue on with its industrial agenda, gas, which includes the development of a second ammonia plant at that Sipitang Oil and Gas Industrial Park (SOGIP) in 2017.

The project, estimated to cost between RM6 billion and RM8 billion, is poised to pull in a much bigger investment on a different chemical based downstream natural gas, Tan added.