Wednesday, July 8
You are at:Home»World»Indonesian volcano erupts seven times in less than 24 hours 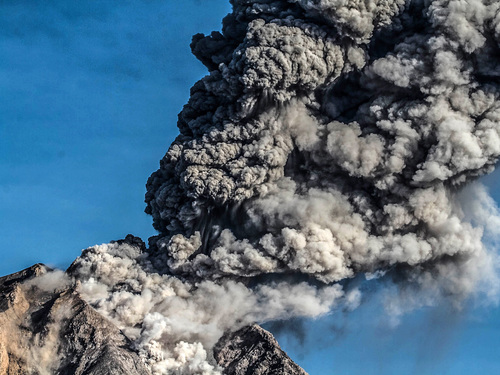 The ash spewed from the volcano was carried by winds to Berastagi, a tourist town in the Karo highlands south-east of the volcano, Cahyo added.

Local officials in Berastagi told locals and tourists to wear masks and eye protectors to avoid being exposed directly to the volcanic ash.

The volcanic activity put the surrounding area on the highest level of alert. Areas within a radius of 7 kilometres were closed to villagers, as thousands were displaced by the activity and are still living in temporary shelters.

Mount Sinabung has been erupting periodically since September 2013, each time displacing tens of thousands people. – dpa