Friday, August 12
You are at:Home»News»Sarawak»Soo raps Abdul Karim for questioning why STAR brings up MA63 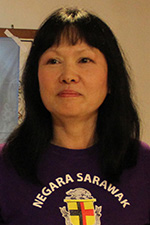 Soo said Abdul Karim should not be in the least bit surprised because Malaysia Agreement was the core agenda in STAR’s election manifesto last year, an issue dear to their hearts which the party had been campaigning on for many years.

“In fact STAR is the first party to take up this issue to educate the people of Sarawak. STAR had repeatedly campaigned for the implementation of and compliance with MA63 which should have been done from day one. Instead, our rights and powers have repeatedly been eroded since Sept 16, 1963,” she said in a press statement yesterday.

Soo was responding to Abdul Karim’s displeasure over the fielding of candidates by opposition parties STAR and Parti Bansa Dayak Sarawak Baru (PBDS Baru) in the Tanjong Datu by-election.

Among others, STAR candidate Johnny Aput’s manifesto focuses on the autonomy of Sarawak based on the MA63 which he claimed the late Datuk Patinggi Tan Sri Adenan Satem was too slow to pursue.

PBDS Baru candidate Rapelson Richard Hamit, on the other hand, said his main area of contention is the recognition of ‘pemakai menoa’ and ‘pulau galau’, which have been ruled by the Federal Court recently as having no force of law.

Soo asked Abdul Karim: “How long does he feel it should take, since MA63 had already spelt out our rights and powers 54 years ago?”

She said if Abdul Karim believed that the country had rule of law, then the Sarawak government should implement and execute immediately the MA63 which was the international treaty for creating the Federation of Malaysia.

“Malaysia’s laws and the Federal Constitution are subject to MA63 which is the supreme document in the formation of Malaysia. STAR also wonders why the Sarawak government is colluding with the federal government to rob the Sarawak people of our rights and powers, and to breach the Malaysia Agreement.”

Soo stated that without MA63, there would be no Malaysia, and this international treaty which was registered with the United Nations could never be changed or amended unless all original signatory nations – Britain, Malaya, Singapore, Sarawak and Sabah go back to the negotiating table.

She also maintained that it is the party’s right to contest in any election being held in Malaysia because Malaysia is a parliamentary democratic country following the British Westminster political system.

“No political party has ownership or hereditary right to any seat. Tanjong Datu constituency does not belong to PBB or Barisan Nasional. Otherwise we would just be a fascist state.”

Meanwhile, Rapelson insisted that he was not barking up the wrong tree when he brought the issue of the recognition of ‘pemakai menoa’ and ‘pulau galau’ to the Tanjong Datu by-election.

BN in appealing the Federal Court’s decision on Tuai Rumah Sandah’s case, as it would be the precedent for future native customary rights (NCR) cases.

“What I did is not something that was out of that perimeter. This is not about Tanjong Datu only but the whole of Sarawak. Once I win, it will open the door to all Sarawakians to have better governance and be a benchmark for the next state election.”

Even though Tanjong Datu is a Malay-majority seat, he believed that the issues were not about race and religion.

“What is important is that someone can represent them effectively.”