Thursday, October 22
You are at:Home»News»Sarawak»Law is silent on Muslim converts wishing to leave Islam – Baru 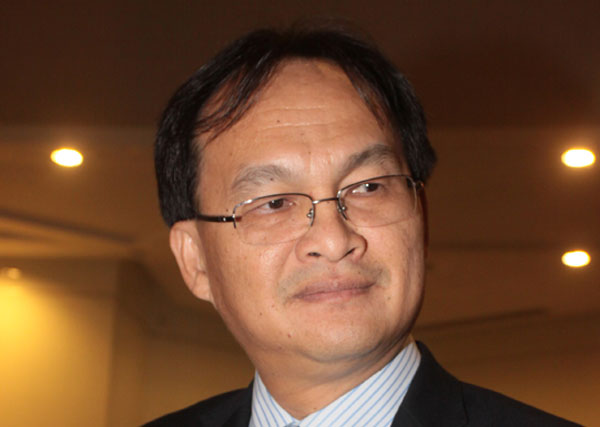 KUCHING: Muslim converts wishing to leave the religion face a difficult battle as the law is silent on matters of conversion out of Islam, said Ba Kelalan assemblyman Baru Bian.

According to him, the lower civil courts (High Court and Court of Appeal) and Syariah Court also face this dilemma as there are no laws to say they have the power to hear such cases or make decisions.

Baru said this when met at the Federal Court Thursday, where he was representing three applicants – wishing to convert out of Islam and declare they are no longer practising Muslims – who are appealing against the High Court and Court of Appeal’s decisions to refuse to hear their applications.

“The fact of this is that the High Court and the Court of Appeal had refused to hear applications (of the three appellants) to convert out of Islam and declare that they are no longer Muslims. The reason is very simple. The civil courts stated their case that they have no jurisdiction; that power is in the Syariah Court,” he said.

“Our argument is that the Syariah Court should make decisions. That is why the applicants are in limbo. The judges even said, ‘We can’t help you’. It was also because of other cases which decided that the court having jurisdiction to hear them is the Syariah Court.”

Baru suggested there should be legislation in Parliament, or the state government should take the initiative to change the state’s Syariah Ordinance in order to make the law on apostasy clearer as there is currently no provision.

He claimed the Syariah Court has stated it has no power to give orders to Muslims to renounce the faith, let alone for Muslim converts to leave the religion.

“Because there is no such provision, the residual power should rest with the High Court,” Baru argued.

“This issue is constitutional under Article 128 (of the Federal Constitution). If it is constitutional, then power should rest with the High Court. But the High Court used to state that the applicants should go back to the Syariah Court. Although the state Syariah Ordinance is silent on the matter, the power is implied, meaning to say, if they have the power to pass laws on Muslims therefore the implication is that they must have the power to order Muslims to convert out of Islam,” he reasoned.

“They (Syariah Court) said that they could not just imply because there must be a clear provision in the ordinance itself.”

He said every state has its own Syariah Ordinance passed by the respective state legislative assemblies.

“Since it (Syariah Ordinance) is not a universal thing, we (Sarawak) must have our own ordinance,” he said.

The three cases are set to be landmark cases as they are being brought to the Federal Court for the first time.

“The question before the Federal Court now is whether it can imply the power to the Syariah Court in Sarawak,” Baru explained.

On a related development, Baru said he had spoken with former Chief Minister Datuk Patinggi Tan Sri Adenan Satem on the issue by suggesting the state government look into the lacuna (gap) in the law over the matter.

“The law has to be clear in that once a person declares by statutory declaration that he or she is no more a practising Muslim, then the High Court should have the power to decide if this is so. The late CM said he would look into it,” he claimed.

Baru pointed out that from the many apostasy cases, only one has been successful as far as the applicant is concerned as it was decided by the High Court on different grounds.

He was referring to the 2015 Azmi Mohamad Azam Shah alias Rooney Rebit’s case where the applicant was successful in getting the National Registration Department (JPN) to change his status of religion from Islam to Christianity.

The High Court decided in his favour on the grounds that Rooney has not been a practising Muslim since the day he was born in 1975 but was raised as a Christian named ‘Rooney Anak Rebit’.

His parents, both Bidayuh, embraced Islam in Kuala Lumpur and converted in Sarawak when Rooney was eight.

On Thursday, the Federal Court granted Baru leave of application to hear arguments on the question of whether power of the Syariah Court to hear applications of Muslim converts to convert out of Islam is implied in the state’s Syariah Ordinance.

The court has yet to fix a date for the hearing of the appeals filed by Jenny Peter alias Nur Muzdhalifah Abdullah, Mohd Syafiq Abdullah alias Tiong Choo Ting, and Salina Abdullah.