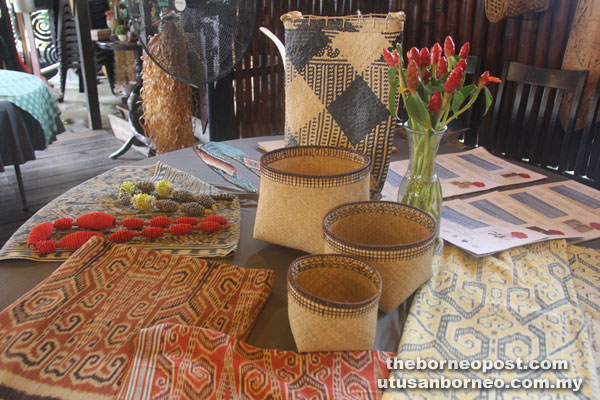 KUCHING: Seven types of handicrafts from Sarawak have been awarded the prestigious Unesco/World Crafts Council Award of Excellence 2016.

He said the Unesco/World Crafts Council Award of Excellence 2016 programme was held in Kuwait last September and was granted to 118 submissions from a total of 246 entries from the Asia Pacific Region from six sub-regions juried by an international panel of 11 experts.

“The award programme aimed to encourage artisans to produce handicrafts that use traditional skills, patterns and themes in an innovative way, to ensure the continuity and sustainability of these traditions and skills so as to set quality standards.

“Also, (it is) to raise international awareness and strengthen the promotional potential for handicraft products to enable them to compete in the global market and automatically increase the welfare of the craftsmen,” Ong said.

He pointed out the range of submissions was highly diverse, including traditionally woven textiles, embroidery, natural fibres, ceramics, wood carvings and inlay, metal work, stone carvings and other materials.

The Honorary Advisor to World Crafts Council Asia Pacific also said the jury of international experts observed and judged the submissions through four key criteria of excellence, authenticity, innovation and marketability—all essential attributes for outstanding craft creation with two pre-conditions: awareness and respect for the environment and social responsibility.

He congratulated all the award winners who have made Malaysia proud as the Sarawak craft entries were the only ones from Malaysia to have attained the ‘Excellence’ mark.

He hoped that more crafts from Sarawak and Malaysia will be submitted in 2018. All the award-winning crafts will be exhibited at the National Museum of Kuwait.