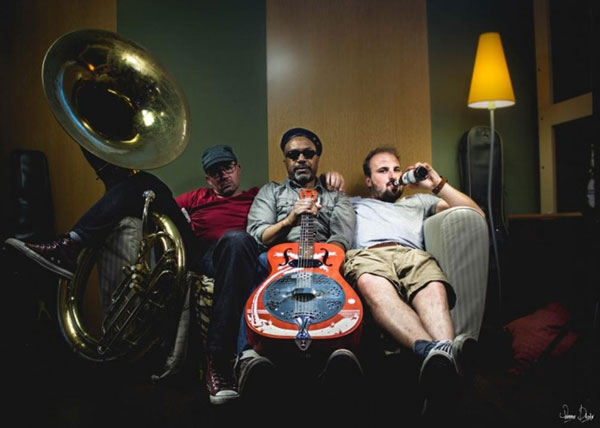 KUCHING: The Borneo Jazz Festival is back to celebrate its 12th anniversary at ParkCity Everly, Miri from May 12-13.

This year’s festival features international jazz acts like Laila Biali from Canada, CaboCuba Jazz from the Netherlands and Delgres from Guadaloupe/France, said Sarawak Tourism in a press statement yesterday.

At Canada’s National Jazz Awards, Laila was named Composer of the Year and Keyboardist of the Year by Society of Composers, Authors and Music Publishers of Canada (Socan), while her album ‘Tracing Light’ was nominated for a Juno award for Best Vocal Jazz Album of the Year in 2011.

Laila has since gone on to become an internationally acknowledged vocalist and pianist with words of praise from artistes such as Sting who said “Laila is an exciting and unique talent, and I admire her greatly”.

CaboCuba Jazz has toured various jazz festivals such as the Havana Jazz Festival in 2014 and Israel tour in 2016; its lead singer Dina Medina was Best Female Singer of Cape Verde 2012.

The band formed in the Netherlands but the members and their music are rooted in Cuba and Cape Verde melodies, creating a fast-paced sub-genre that borders on the adventurous.

Meanwhile, Delgres showcases traditional Blues with an Afro-Caribbean accent from the days of Napoleon, taking you from Louisiana to Guadeloupe and back.

The statement further revealed that bands from Japan, South Africa, Italy, USA, Taiwan and other countries from around the world will be performing at the festival.

The festival will be expanding its musical outreach programme for aspiring musicians to learn the basics of jazz keyboard from professional musicians by introducing additional classes for percussion.

Night performances will provide sitting and dancing areas and a wide lawn for night picnics in the midst of arts, crafts and food stalls.

Early bird festival tickets are available now and more information can be found at www.jazzborneo.com.

Borneo Jazz is organised by Sarawak Tourism, endorsed by Tourism Malaysia and jointly supported by the Ministry of Tourism, Arts and Culture, in partnership with official sponsor Malaysia Airlines.