Friday, August 7
You are at:Home»News»Sarawak»SMC lauds effort to promote VSY 2017 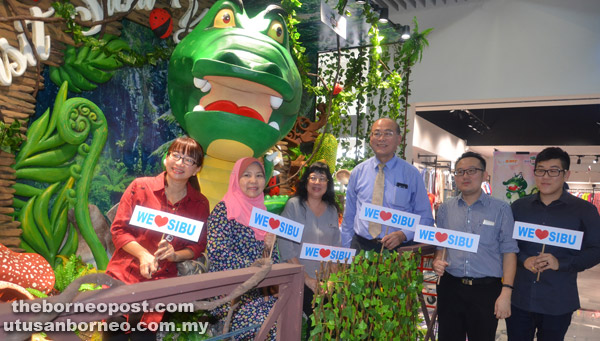 SMC deputy chairman Rogayah Jamain said such initiative would create a win-win situation for the council and other parties involved.

Citing Star Mega Mall, she said its owner Daesim Group has taken the initiative to decorate the shopping centre.

“The beautiful decorations will attract people to the mall and to Sibu.

“So SMC will encourage others to emulate this effort,” she told reporters when met after officiating at Star Mega Mall’s VSY 2017 campaign at its premises in Tunku Abdul Rahman Road here yesterday.

On a similar matter, Rogayah said many people wanted to participate in events organised in conjunction with VSY 2017.

“Recently I received some information that 80 Malaysian Tourist Guides Association members are expected to gather in Sibu for their meeting sometime in March after they have found out about VSY 2017.

“I believe they will help promote Sibu to their customers,” she said.

Meanwhile, Lau, who was happy to do his part in promoting Sibu, hoped other shopping malls would follow Star Mega Mall’s move.

He said Sibu has its own unique culture and coupled with its moderate living standard would attract outsiders to visit the town.

Previous ArticleMP: Plans for new lifts at SGH yet to materialise
Next Article DBKK offers daily temporary work to former offenders under PKW